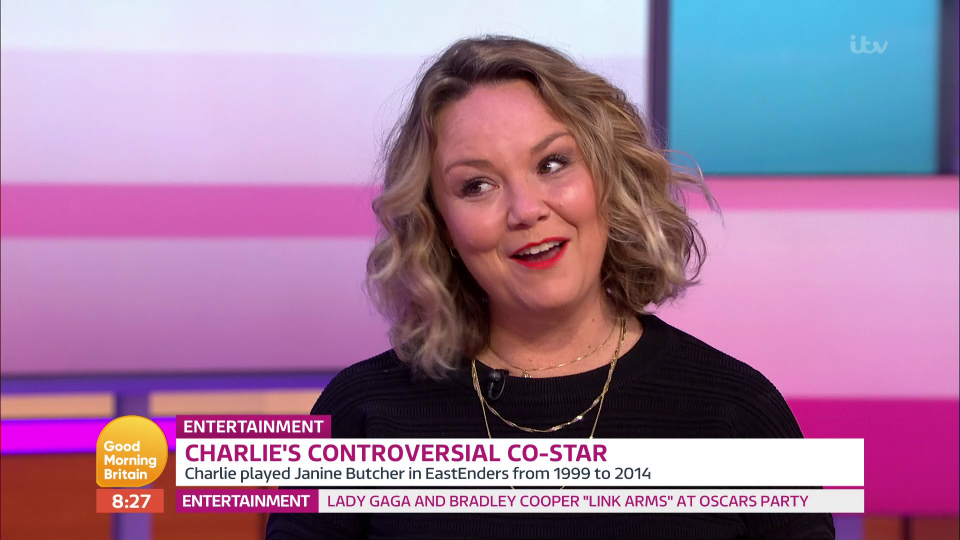 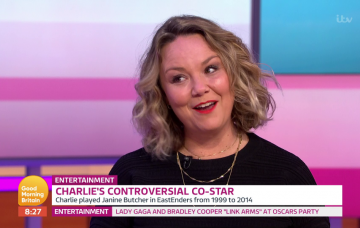 Charlie Brooks hints it could be a thing!

It’s been four years since EastEnders fans last saw Janine Butcher in Walford – but while she’s been gone, she most certainly hasn’t been forgotten.

The villainous character we all loved to hate, Janine fled the country in 2014 to build her fortune back up after being found innocent of murder.

But will she ever come back?

Viewers went wild yesterday morning (Tuesday 26 February), when actress Charlie Brooks was once again questioned on whether she would return to the soap that made her famous.

Appearing on Good Morning Britain, 37-year-old Charlie was interrogated on the one subject we all want to know about…

Host Charlotte Hawkins asked her if Janine will ever show her face in Albert Square again – and Charlie refused to rule it out.

Barely attempting to hide the fact she’s been asked the same question hundreds of times – what can we say? We love you Charlie! – she replied: “You know, never say never.”

Laughing and shaking her head, she continued: “I don’t have plans to go back at the moment, no, I’ve been doing so much theatre and I’m so lucky to get these challenging characters.”

Body language experts might have had a field day, however, with the way Charlie scratched her nose as she answered… Doesn’t that mean she was trying to hide something?

Presenter Kate Garraway then joked that Charlie’s 14-year-old daughter, Kiki, could join the soap instead, saying: “If your daughter is 14, isn’t it about time she went into EastEnders?”

However Charlie insisted her daughter was “more jazz hands” and had her hopes set on the stage rather than television.

Of course, soap fans watching at home jumped at the chance to speculate about Janine’s possible return, with one saying: “Janine is one of the few remaining characters that isn’t dead that could actually save the show and get it back on track.”

Another said: “Janine you need to get back on EastEnders.”

A third said: “We NEED more Janine in our lives.”

My hopes for Kate Oates on #EastEnders

1) Restore our beloved Stacey Fowler to her former personality.

2) Ditch the rampant misandry and oafish stereotype of the males.

3) Put Sheanu back on track.

Just recently a fan had written a memo to the new boss of the BBC1 soap, appealing for some changes…

He wrote: “My hopes for Kate Oates on #EastEnders 1) Restore our beloved Stacey Fowler to her former personality. 2) Ditch the rampant misandry and oafish stereotype of the males. 3) Put Sheanu back on track. 4) Lose the awful Tiff and Evie storyline. 5) Bring back Janine Butcher!”

Charlie first appeared on our screens as Janine back in 1999 and cemented her role as Walford’s bad girl.

She was last seen in Albert Square four years ago, when she fled the country after being acquitted of murdering her husband Michael Moon.

She left the E20 for France to be reunited with her baby Scarlett, who was being cared for by her sister Diane.

If she DID return to the soap, she would be the latest in a long line of actors set to reprise their roles this year.

It was previously confirmed that Danielle Harold will be coming back as wild child Lola Pearce, and Rob Kazinsky will be making a brief return as Sean Slater.

Ben Mitchell has also been recast just over a year after he was last seen in the soap, with Max Bowden taking over the role.

Last week, it was speculated that Martin Fowler’s niece, Vicki, could also be returning.

Kate Oates has made no secret of her desire to bring back some of EastEnders’ most iconic characters – and surely Janine is right at the top of the list?

Do you think Janine Butcher will ever set foot in Walford again? Leave us a comment on our Facebook page @EntertainmentDailyFix and let us know what you think!