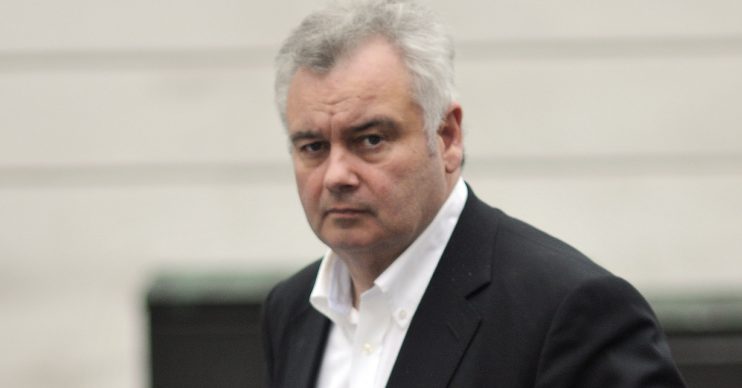 Eamonn Holmes reveals the Queen ‘laughed’ at him during OBE ceremony

Can't blame him for trying

Presenter Eamonn Holmes has revealed that the Queen “laughed” at him as she gave him his OBE.

The daytime TV favourite, 59, said he tried to convince Her Majesty to come for an interview on This Morning as he collected his honour at Buckingham Palace in June last year.

As reported by The Sun, the Northern Irish host recalled the awkward moment in a conversation with Press Association.

Eamonn said: “[Queen Elizabeth II] talked about breakfast television and asked me how long I had been doing it, and I said, ‘Too long’.”

He thought the fact that he had interviewed so many royals in the past might have added some weight to his request.

Eamonn continued: “I told her that I have interviewed almost every member of her family except her. I said, ‘So you have got to put that right for me’.

“She laughed! I think that meant no…”

She talked about breakfast television and asked me how long I had been doing it.

Eamonn was awarded an OBE for services to broadcasting. Ruth Langsford, his wife and co-host, also attended the ceremony.

With them were their son Jack, 17, and Eamonn’s 28-year-old daughter Rebecca from his marriage with ex wife Gabrielle.

Eamonn and Ruth have been standing in for presenters Phillip Schofield and Holly Willoughby, who are taking time off for the half-term holidays.

Last week, the pair’s fans were relieved to hear their beloved pet was going to be okay following a trip to the vets.

In the end she was okay, but she had to wear a protective cone to stop her from licking the wound as it healed.

Maggie has been to The Vet. She picked up a wound on one of her back legs. The Collar is to stop her licking it . Poor Girl 🐶🐕💕

Both Ruth and Eamonn were desperately sympathetic about Maggie’s discomfort in having to wear the medical collar.

Thankfully, she didn’t have to wear it for too long.

Eamonn posted a snap of Maggie in her huge pink collar to Instagram and wrote alongside it: “Poor girl.”