It's been a very exciting day for Eamonn Holmes as he's received his OBE and met the Queen.

The presenter and his wife Ruth Langsford, 58, were invited to an investiture ceremony at Buckingham Palace so Eamonn could collect his OBE for services to broadcasting.

Ruth and Eamonn, 58, appeared on Friday's This Morning via video call from outside the Palace to speak about the honour. 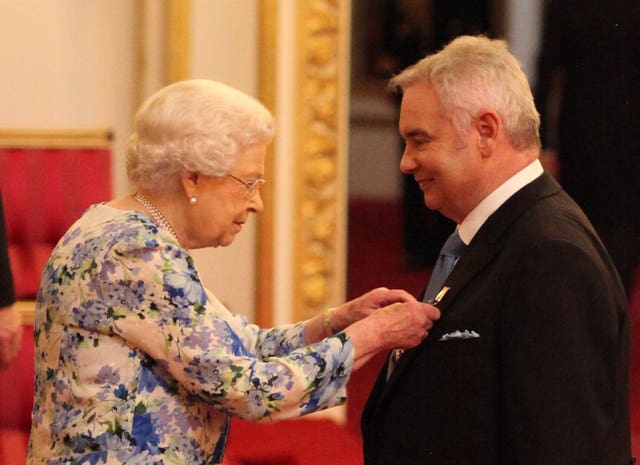 Speaking about the ceremony, Eamonn told Amanda Holden and Rylan Clark-Neal: "It was beautiful. It was done so well and it was really classy."

Eamonn went on to discuss what it was like to meet the Queen and revealed he asked her for an interview!

He said: "She said to me, 'you must meet a lot of interesting people' and I said, 'yes I do, in fact ma'am, I have interviewed almost everyone in your family expect you.'"

Eamonn continued: "I said, 'you've got to get the interview!'"

But it seems Eamonn's wish of interviewing Her Majesty may not come true just yet, as she laughed off his comment! 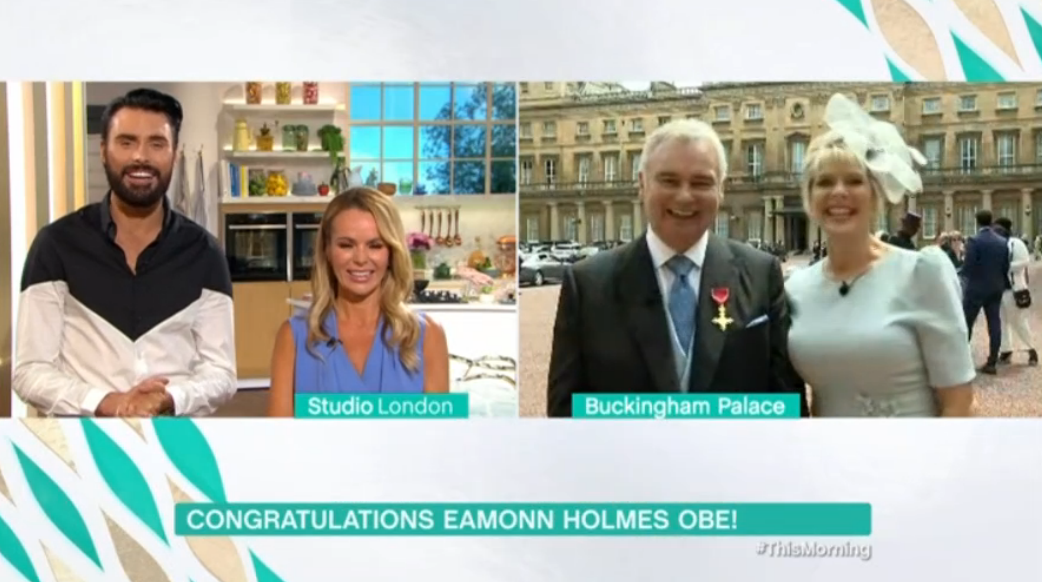 Ruth gushed about her hubby outside the Palace (Credit: ITV)

Meanwhile, Ruth opened up about how "proud" she felt watching Eamonn receive the honour.

It was a very, very proud moment for all of us but mostly for Eamonn.

She said: "It was very emotional. Eamonn looked a bit nervous when he was waiting."

"I definitely had a tear in my eye," the Loose Women panellist added. "It was a very, very proud moment for all of us but mostly for Eamonn.

"All those years of broadcasting and nobody deserves it more."

At the ceremony, Eamonn was also joined by his daughter Rebecca, 27, and his 16-year-old son Jack.

He usually keeps his children out of the limelight, but it seems he wanted to share this very special moment with them. 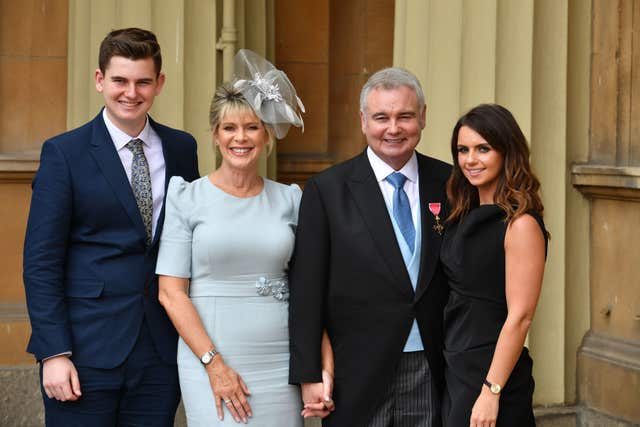 Describing how it felt to be honoured, the Irish presenter told the Press Association that he was "feeling very honoured, very privileged and very humbled."

He added he had been overwhelmed by the response from well-wishers on social media, and he would be having a party later with his wife Ruth and their children.