Good Morning Britain host Eamonn Holmes was left seriously unimpressed earlier today after being set up for a prank on TV by his co-presenters and wife Ruth Langsford.

Earlier in the show, 58-year-old Eamonn had dismissed chatter concerning a survey about whether people put their milk in before or after the tea for their morning brew by insisting: 'Nobody cares!'

"I couldn't care less," he bellowed, likening the subject to a filler conversation topic more likely to be heard on local radio.

And as his colleagues round the GMB table laughed, the grumpy star added: "Who gives a monkey's, really?"

But following an intervention from his wife Ruth Langsford, not on the show, it seems teatime matters do bother Eamonn. 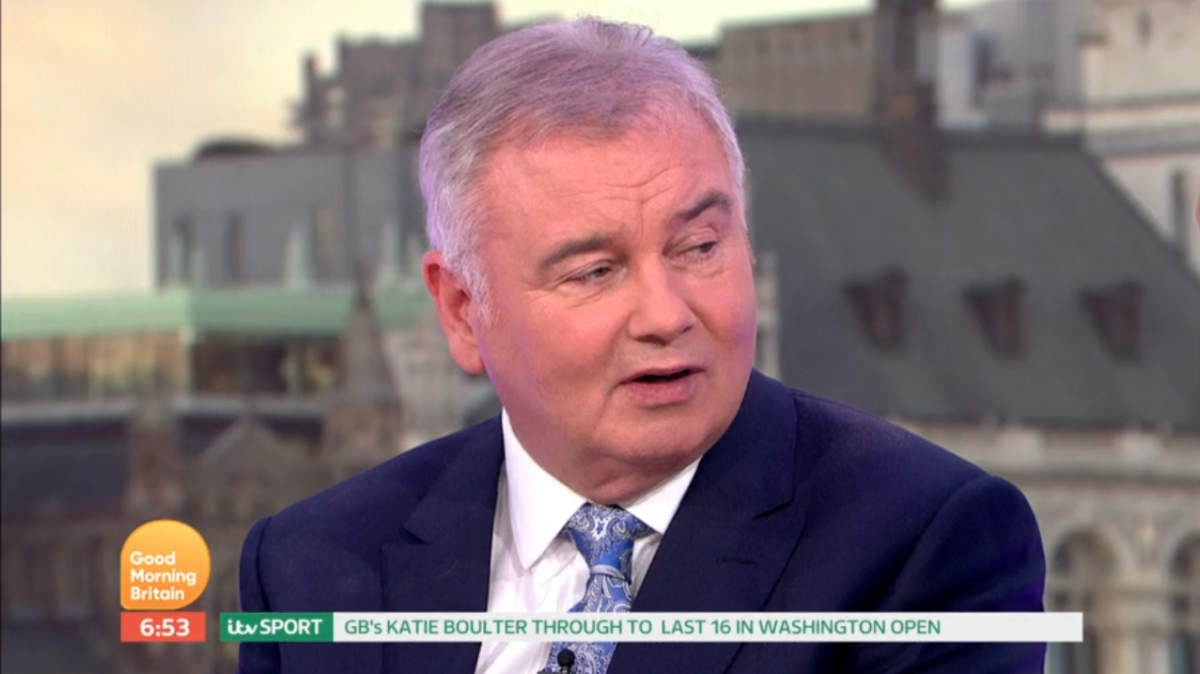 But his irritation at discussing tea preparation was only increased after the John Wayne mug he drinks from at home was displayed to viewers.

"You’ve been mugged off well and truly by her indoors, your Ruth," Richard Arnold told him as GMB came back from a commercial break later in the show.

We might have ended the GREAT tea and milk debate… 🍵

And as Richard and Kate Garraway wondered aloud if their colleague preferred thin or a hefty china and whether Ruth had cleaned the surface the cup was placed on beforehand, Eamonn made his dissatisfaction clear.

He muttered: "I don’t like how I live at home being displayed to the general public, that’s private. 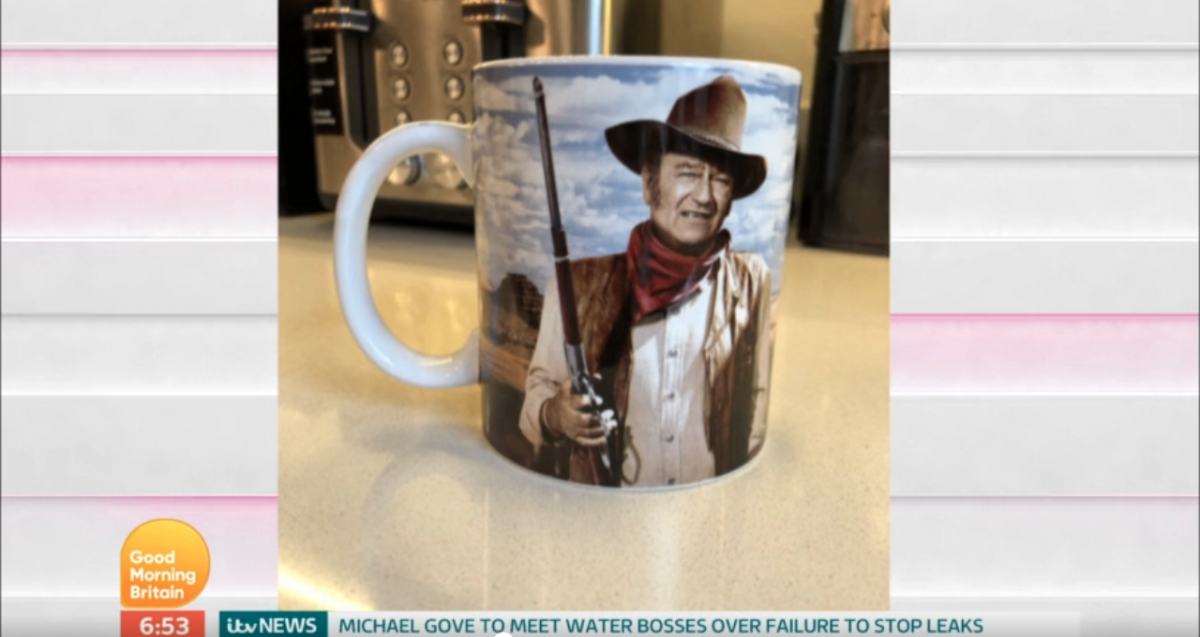 But after Kate continued to assert Ruth was incredibly clean and tidy, Eamonn's bellyaching seemed to settle.

Making his best attempt at a John Wayne accent, he slurred: "She sure as heck is." 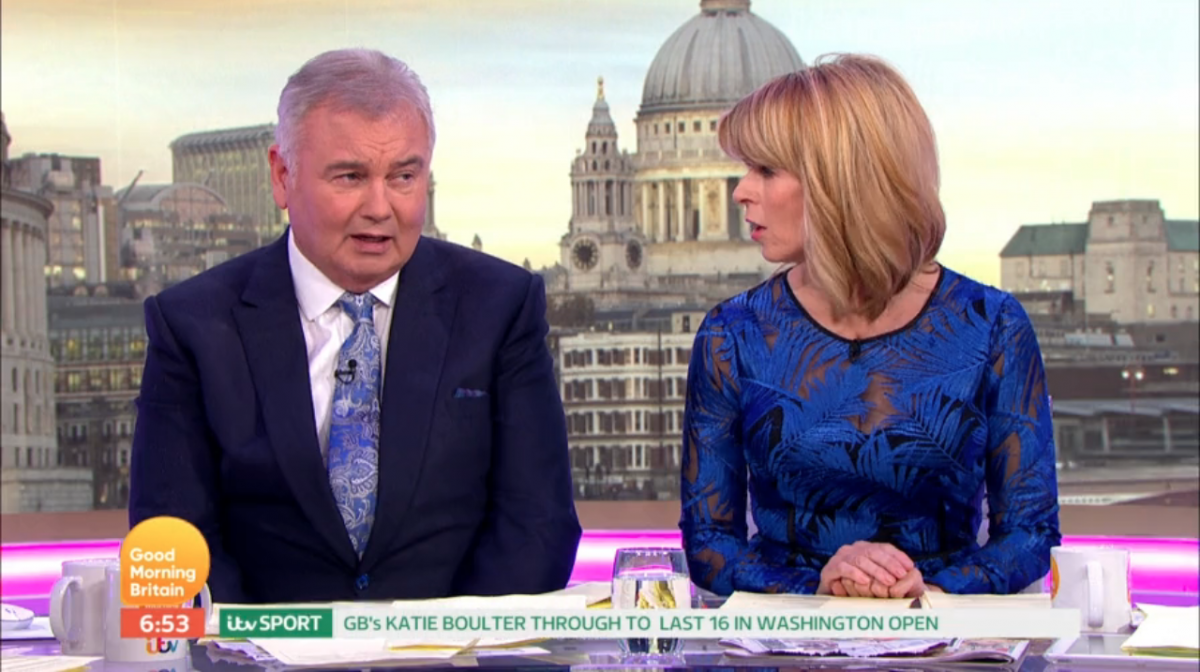 For the record, the only acceptable approach to making tea involves putting the milk in after, of course.