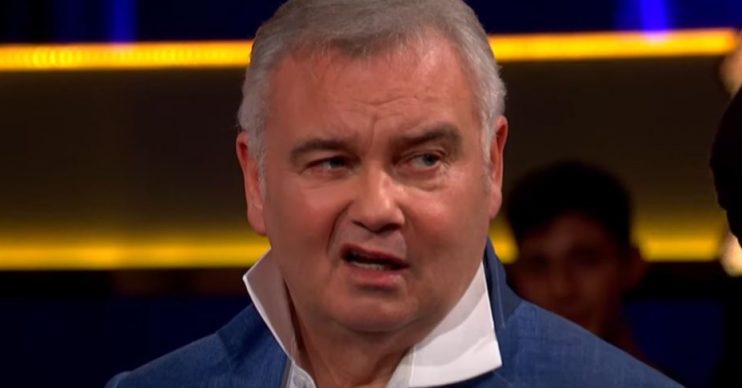 He had to be up in the morning

Dermot O’Leary has recalled the moment daytime TV favourite Eamonn Holmes left him shocked by walking off a Channel 4 show in the middle of filming.

The X Factor presenter, 46, spoke about the odd incident on the podcast Out To Lunch and said it happened while recording for an episode of The Lateish Show With Mo Gilligan earlier this year.

Dermot was on the programme with the This Morning host and Love Island‘s Caroline Flack, as well as reality star Ovie Soko and rapper Anderson Paak.

Read more: Eamonn Holmes reveals the Queen ‘laughed’ at him during OBE ceremony

As reported by Metro, he explained: “Eamonn Holmes was with us, and the recording’s quite long, and Eamonn just, sort of… about three-quarters of the way through, went, ‘I’ve got to be up in the morning, I’m not having this’ and he just wasn’t there when we came back.

Eamonn, 59, has been a staple of British daytime telly for close to 30 years, so it might come as no surprise he likes to do things his own way.

He’s best known today for presenting This Morning with his wife Ruth Langsford, 59, on Fridays when regular hosts Holly Willoughby and Phillip Schofield take the day off.

He often likes to spice up his laid-back presenting style with crude jokes that leave those around him – often, Ruth – red faced and cringing.

Just recently, he quipped that he was in for a “fun night” with his wife after showering her with compliments.

The pair were introducing the segments on an episode last week (15.11.19) when they heard the song You’re Beautiful by James Blunt, who was due to perform in the studio.

I’ve got to be up in the morning, I’m not having this.

Eamonn said: “It is true you are beautiful, I said play that one for my Ruth. I did, darling.”

Turning to This Morning agony aunt Deidre Sanders, he continued: “That’s good advice. I give you good advice on that one, yeah.”

Ruth sat smiling as Eamonn pressed on: “It’ll be Friday fun night now, after that…”

Eamonn has also proved that he’s not afraid to push his luck with rude jokes even when his teenage son’s within earshot.

'One day son, you’ll know the meaning of a bit of cheeky toast!' @EamonnHolmes and @RuthieeL have no chill… poor Jack! pic.twitter.com/l0OTtbmX4K

During an episode in August, he left 17-year-old Jack cringing when he joked about enjoying a bit of “cheeky toast” with Ruth in the morning before breakfast.