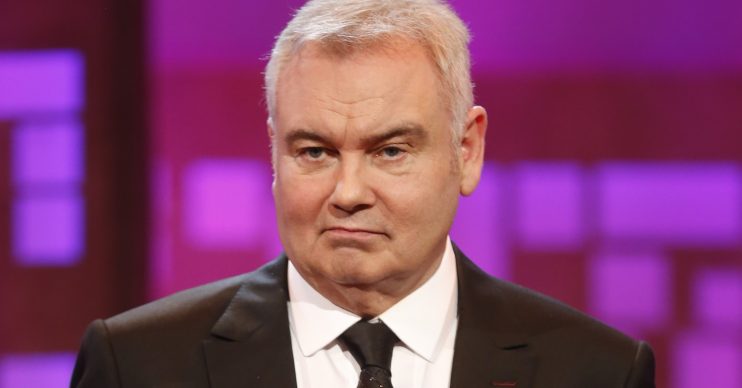 Eamonn Holmes opens up about ‘awful’ trouble with insomnia

He also pointed to "stress" and "responsibility"

TV host Eamonn Holmes has opened up about his struggle with sleepless nights – and thinks it might have something to do with work.

The This Morning favourite, 59, took to Twitter in the early hours of Friday (25.10.19) to tell fans he was having trouble nodding off.

He wrote on Twitter, “Sleep, sleep, sleep… where are you?” and, suggesting it’s not the first time he’s experienced insomnia, added: “Why have you deserted me again tonight?”

When one of the Northern Irish presenter’s followers told him they were also having difficulty drifting off, Eamonn suggested it could be because of their jobs.

The user told him, “Same here @EamonnHolmes, bloody pain, eh?” and Eamonn responded: “Something to do with our jobs and years of shift work/ time zones/ stress, worry, responsibility I suspect…”

Something to do with our jobs and years of shift work / time zones / stress , worry , responsibility I suspect ….

Another of his followers who appeared to be in a similar boat said they were awake “until it’s time to get up” and Eamonn replied: “And that’s the awful bit.”

And that's the awful bit. 😩

For Eamonn, it follows four days of presenting on This Morning alongside his wife and co-host Ruth Langsford, while regulars Phillip Schofield and Holly Willoughby enjoy some time away with their families over half term.

The pair usually present on Fridays, but were replaced on today’s episode by former daytime TV legends Richard Madeley and Judy Finnigan.

Sleep, sleep, sleep… where are you? Why have you deserted me again tonight?

Eamonn’s been with This Morning since 2006 and, such is his dedication to the programme, he even used his OBE ceremony last year as a chance to nab the mother of all interview opportunities.

It emerged earlier this week that he had tried to rope the Queen into appearing on This Morning when he received the honours at Buckingham Palace in June 2018 – but it didn’t quite go as he hoped.

As reported by The Sun, Eamonn recalled the awkward moment in a conversation with Press Association, telling the new agency: “[Queen Elizabeth II] talked about breakfast television and asked me how long I had been doing it, and I said, ‘Too long’.”

He thought the fact that he had interviewed and met so many royals in the past – including Prince Charles, last year – might have added some weight to his request.

Eamonn continued: “I told her that I have interviewed almost every member of her family except her. I said, ‘So you have got to put that right for me’.”

Speaking further, he said the Queen “laughed” and he took it as a “no”.