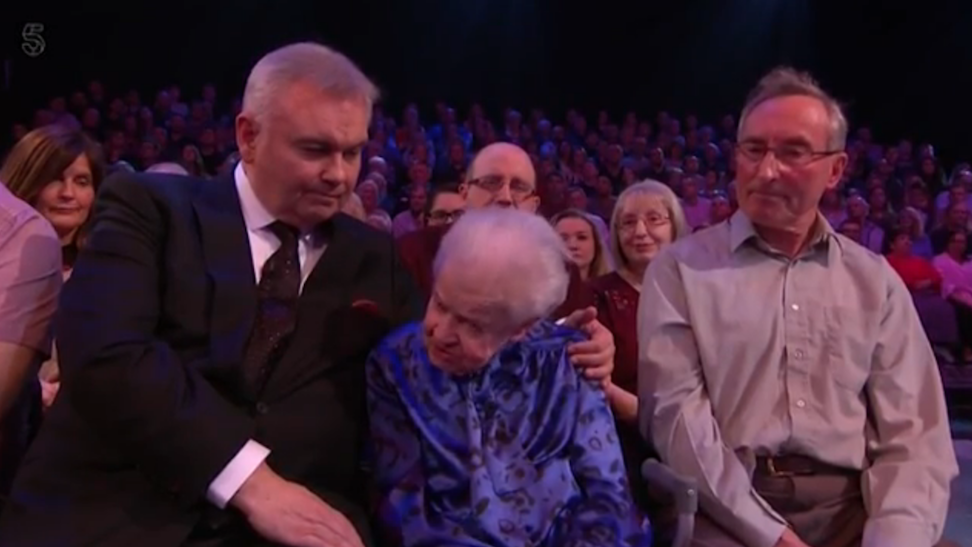 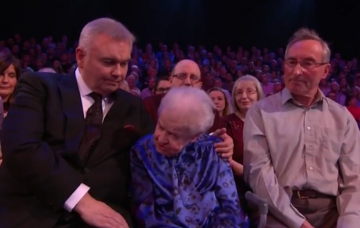 Betty is furious with herself for being conned

A frail 91-year-old says she felt compelled to tell how she was scammed by telephone fraudsters to help prevent others suffering the same hardship and embarrassment.

Comforted by host Eamonn Holmes during last night’s Do The Right Thing, brave Betty admitted her first instinct was to conceal she was conned out of £7,500.

But, after some thought, she decided she had a responsibility to raise awareness of the type of ‘vishing’ scam she fell prey to.

“I felt so furious for myself for being duped,” she said on the Channel 5 show.

Read more: Eamonn and Ruth have on-air argument during This Morning

“I also felt such a fool. But the more I thought about it, the more I considered it to be a moral duty to tell the story – even if it only saves one person from being cruelly robbed.”

It is believed £30 million has been lost to fraudsters through the scheme, which involves deceptive phone calls claiming to be from banks, building societies, council and government departments or the police.

Criminals attempt to con victims out of personal information – such as bank details, addresses or credit card numbers – and cash.

Betty recalled she was contacted by a man who claimed to be called Mark Robson from ‘Visa Fraud’ and wanted her to assist police officers with a fraud investigation.

In the first 4 months of last year, there were 29,843 reports of ‘vishing’ scams, such as the one that conned 91-year-old Betty out of 7.5k. She’s sharing her story on #DoTheRightThing to help others. What a courageous woman. 👏
For more info, visit:https://t.co/jEZSmI1lGe pic.twitter.com/eGT6zJ7gnU

Another man who gave his name as ‘Sergeant Woodley’ then requested Betty’s help and – to her shock – asked her to withdraw £7,500 in cash from her savings.

Betty said she was told to let her bank know the cash was for building work if questioned why she taking out such a large sum.

‘Woodley’ then informed Betty someone would visit her to collect her savings – but when they did, they did not leave a receipt and that was the last she saw of her cash.

Her nephew Mike, sitting alongside Betty in the studio, told of his annoyance at not being around to support his elderly aunt.

He said: “It’s so frustrating because if she just rang me at the right time and just asked the right question, the £7,500 would still be in her account.”

Viewers were heartbroken and outraged at Betty’s treatment, with some Twitter users pondering whether to set up a fundraising appeal online.

You’ve got to be a proper low life piece of scum to rob someone like Betty, if I had £7k doing nothing I would happily give it to her, lovely lady #dotherightthing

Could not believe poor Betty got scammed, she was so wonderful, great that the show highlighted how easy it is to be scammed #DoTheRightThing

Do The Right Thing is on Channel 5, Thursdays at 9pm.

Have you got involved with our Facebook page? Join the conversation at our @EntertainmentDailyFix.