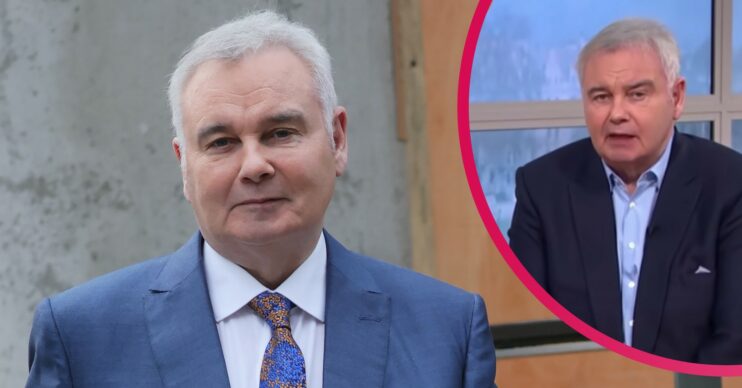 It has been 31 years since Leonard Holmes passed away

Eamonn Holmes has paid a touching tribute to his beloved dad Leonard 31 years after his death.

The veteran broadcaster described Leonard as a “model father” as he marked the anniversary of his passing.

Taking to Instagram, Eamonn posted a photograph of his “daddy” and told fans he tragically died suddenly.

In an emotional message, the 62-year-old penned: “We lost Daddy without warning 31 years ago tomorrow.

“A great character, a model father and a kind man. Happy to say he lives on in his 5 sons.”

The former This Morning star’s tribute sparked a flurry of messages and condolences from fans.

One of Eamonn’s followers told him: “Lovely photo of a lovely man if his son Eamonn is anything to go by.”

Another wrote: “He will always be in your hearts forever. And he will be looking down on you.”

Offering their sympathies, another said: “Never gets any easier does it?”

Just three weeks ago, he also shared a lovely message about his mother Josie on International Women’s Day.

Josie is 93-years-old and Eamonn described her as his “hero”.

He said at the time: “Suffice to say… She gave birth to me, she formed the man I am.

“She’s 93, frail, but her mind is sharp as a tack, she’s Josie, she’s my Hero. #internationalwomensday.”

His wife and former This Morning co-host Ruth replied, writing: “What a woman!”

Meanwhile, Eamonn recently revealed he had been pulled over by police as he travelled to work – but the star said he was “delighted” by the move.

Writing on Twitter before 5am, he said: “Pulled over by the #police on the way into work and delighted to be so.

“A lot of car thefts in my area and they were just checking that the car I was in wasn’t one of them… 2 young officers in their 20s and an absolute credit to @SurreyPolice.”

Eamonn was praised for speaking positively about his experience with his local police force.

One of his followers replied: “Great to hear positive feedback for those officers out and about working tirelessly to reduce vehicle theft.”