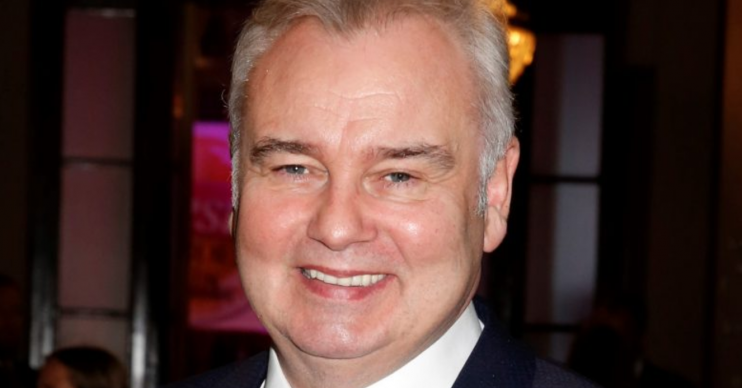 He's not a complete novice to farming

Daytime TV star Eamonn Holmes could be set for quite the career change after looking every inch the country gent in a snap shared with fans on Instagram.

The 60-year-old This Morning presenter posted a selfie showing him with beloved pet Maggie in which Eamonn was wearing a quilted jacket and a very fetching hat.

And although the location where the pair were spending quality together is unknown, the green grass evident through the car’s windscreen in the background of the shot would suggest they weren’t out for a walk in the telly host’s back garden.

The post has attracted over 10,000 Likes from followers – and also a few comments from celebrity pals.

Maggie and Me ….. Muddy as can be . We're both heading for the bath . #adoptdontshop #adogisforlifenotjustforchristmas

Among them was outgoing The One Show presenter Matt Baker, who also fronts Countryfile, and he seemed keen to get Eamonn on board for the BBC series.

Referring to Eamonn’s attire, the former Strictly and Blue Peter star bantered: “See you on Countryfile in the new year.”

But Eamonn – known for replying to remarks directed at him on social media at length – pointed out his telly career actually began in the fields and on the farms of Northern Ireland.

“Back to my roots mate,” Eamonn replied.

Lovely hour in the park …but just one question. Of all the things dogs could smell , why do they love Bums so much ? Why not sniff faces or backs ?

“Farming. Not born to it like you but two years a reporter when I started out. Farming Ulster.”

Eamonn previously opened up about his first gig in TV after working in retail to the Belfast Telegraph in 2015.

He told the newspaper a slightly embarrassing encounter with a lamb helped him concentrate on being a good reporter.

“I started at Farming Ulster on October 1, 1980 – there’s a picture of me holding a lamb in that first episode,” Eamonn is reported to have said.

“Myself and a crew went filming in Ballyclare. It was snowing, and the lamb piddled all over me.

“But even though it was snowing and I was wet and dishevelled and had a lamb wetting the front of my coat, I was outside, meeting people and seeing life beyond a department store.”

Other stars who commented on the pic included The Saturdays singer Mollie King and A Place in the Sun presenter Amanda Lamb.

“So cute,” remarked Mollie, which earned a cheeky reply of: “What, me or the dog?”

And Amanda joked: “Double take, thought it was Lord Grantham then. This country look really suits you M’lord.”