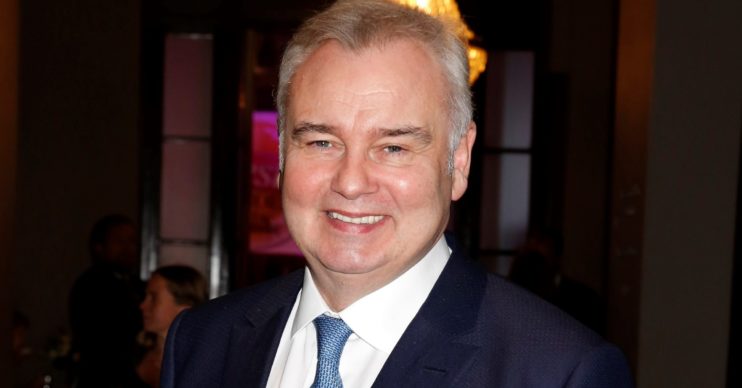 Says he's being made an example of

Eamonn, 60, co-presents This Morning once a week with wife, Ruth Langsford, and has reportedly told the HM Revenue & Customs department that he’s a freelancer with his own limited company.

According to The Sun, the tax people have clamped down on the practice, which allows people to claim lower taxes.

The newspaper claimed that Eamonn had lost a legal ruling, which could see him pay up to £250,000 in unpaid taxes.

It quotes a spokesperson for Eamonn, who said he “has always considered himself a self-employed freelancer and has never knowingly avoided paying taxes”.

They also said that Eamonn is “seeking to comprehend what this means” and wants consistency across the boards so that others don’t fall foul of any new rulings.

Caught putting my shoes on ….. now ready for the car park that is the M25 en route to The 2020 #NTAs On the telly tonight.

Eamonn first became embroiled in the row in 2018 when the HMRC chased him for unpaid taxes.

The department is arguing that presenters should pay up to 45 per cent, instead of the 19 per cent corporation tax they pay now.

“I was in a court in central London for a week in June. I’ve been freelance for 28 years and that’s been okay,” he told the Mail On Sunday at the time.

“Now they’ve said it’s not okay. They have reinvented the rules in the past couple of years.

They have reinvented the rules in the past couple of years.

“There is nobody more freelance than me, but they are trying to prove our jobs are regular and guaranteed. They could go at any moment.”

Read more: Eamonn branded ‘ungrateful’ by This Morning caller for moaning about Valentine’s gift from Ruth

He said on This Morning: “If you have an uppity attitude, you’re only through the door two minutes and suddenly you’re sitting at Wimbledon and your royal protection are saying: ‘No photographs, no photographs!'”

Eamonn said he did not know the racial overtones of the word, which was used in 19th-century America to insult black people who “didn’t know their place”.