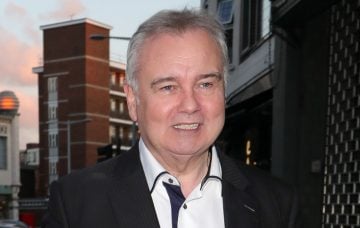 He and Ruth are very protective of their only child

We all love watching Eamonn Holmes and Ruth Langsford jokingly bicker on the This Morning sofa, but we also know they’re rock solid off-screen.

And now the relatable couple have spoken out in a new interview about how divorce rumours “badly” hurt them – particularly when it impacts their son, Jack.

Speaking to The Mirror, Eamonn, 58, admitted the headlines “used to annoy me.”

He added: “It hurt us one day badly when our son came out of a shop with a magazine saying ‘Eamonn and Ruth to divorce’.”

The TV presenter – who also has three other children, Declan, Rebecca and Niall, from his previous relationship – went on to explain: “The story was Ruth had defied me and bought Jack a drum kit when I didn’t want him to have one.

“I took a picture of the drums and said, ‘If this isn’t grounds for divorce I don’t know what is’, on Twitter . I rang up the mag and they said it was just bit of fun. I said, ‘You want to see my son now and you’ll see how much [bleeping] fun it is.'”

The interview was to mark This Morning’s 30th anniversary this October.

ITV are planning a special celeb-filled episode, with some old presenters appearing, including Richard Madeley and Judy Finnegan.

Read more: This Morning viewers concerned as model trips over live on air

It follows another interview out last week, where Eamonn revealed how Ruth wasn’t initially keen to work with her husband.

Speaking to Best magazine about how their presenting journey began back in 2002, he said: “There was an idea to have a special This Morning for the Queen’s Golden Jubilee and put my wife, Ruth, and I on together.

“After that, the executives had the idea to make it a regular thing. Ruth was very anti it. She went, ‘No way!’ She said I made her nervous – she didn’t want to be an on-air couple at all.”

Eamonn, who has been with Ruth, 58, for over 20 years, added cheekily: “Ruth didn’t want me on it, and I don’t think she’s ever wanted me on it since, to be honest!”

We’re sure that’s not true, Eamonn. And even if it is, you two are never allowed off our TV screens…

This Morning will celebrate turning 30 from Monday morning, 10.30am on ITV. The documentary, This Morning: 30 Unforgettable Years will air Tuesday 2nd October, 7.30pm, ITV

Are these two your favourite showbiz couple? Leave us a comment on our Facebook page @EntertainmentDailyFix and let us know what you think.