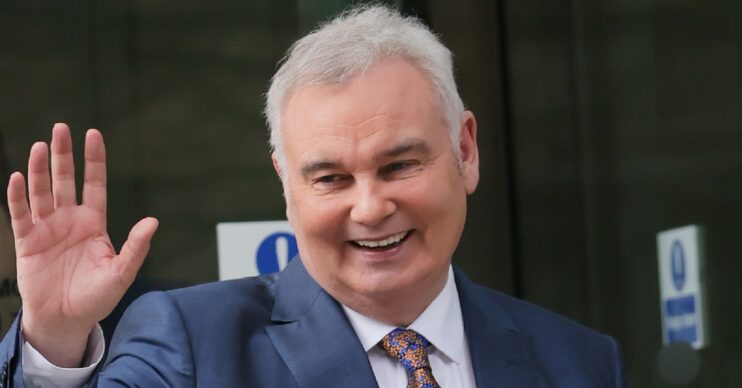 The GB News presenter posted a photo on Instagram of Declan holding his granddaughter Emilia captioned: “I’m more moved by the father my eldest son has become on this his first Father’s Day. So proud of you Dec.”

33-year-old Declan replied to the post: “Learn from the best,” followed by a heart emoji.

Another user commented: “He’s become that father because he had a good role model x.”

Another said: “That is an adorable picture, you can just feel and see the love they have for each other. Cheryl.”

When did Eamonn become a grandfather?

“My son Declan and his wife Jenny, they’re the happy couple. Jenny gave birth to Emilia, who is 7lbs and 6 ounces,” said Eamonn.

On April 10, Eamonn posted a photo of Emilia sat on a sofa with a bow in her hair.

The post was captioned: “I know I’m biased… I am her Grand Papa after all. Little Emmy,” showing how proud he is to be a grandfather.

Declan is Eamonn’s eldest of four children and three, including Declan, are from his previous marriage with ex-wife Gabrielle.