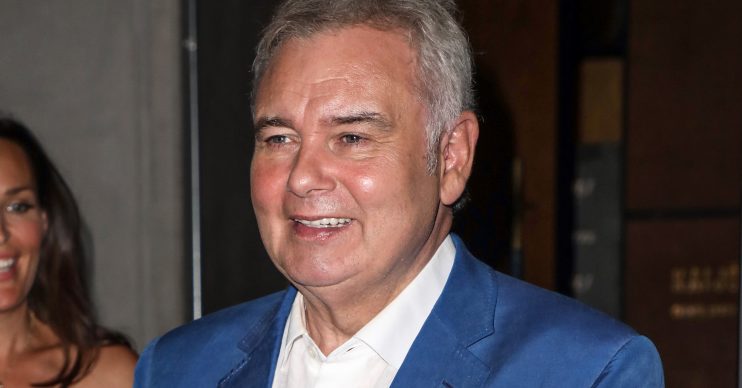 Eamonn Holmes reveals why he often doesn’t vote in elections

Presenter Eamonn Holmes has admitted that he “quite often” doesn’t vote “in any of the elections” because the political parties don’t “represent” him.

The This Morning host, 60, said he’s “happy to avoid” politics where possible and thinks it’s all “very very divisive”.

In a chat with the Express, he said: “I’m quite happy to avoid anything political. No, actually I won’t say that. I do politics every day on Talk Radio.

“I find the world is a very angry place and I find that whether it’s a General Election or whether it’s Brexit, I look at it and think do you know what? It’s Christmas, give us all a rest. Politics is very very divisive. It’s just sad but that’s just the way it is.”

Not one of them represents me, not one single party.

Speaking further, Eamonn – who hosts This Morning on Fridays with his wife and co-star Ruth Langsford – confessed that he’d “much rather be going down the pub” than conducting interviews with politicians.

He went on to explain how difficult it is to appear to be impartial to viewers, because if he doesn’t “ask a question that they like”, they accuse him of being “against their party or their politics”.

Eamonn added: “So, quite often, I don’t fall for any of them.I don’t vote in any of the elections, not one of them represents me, not one single party.”

Elsewhere in the conversation, he lamented not being able to get straight answers from politicians, who he said “[beat] around the bush” when you ask them something.

His comments follow a series of interviews on This Morning with the leaders of Britain’s major parties, including Conservative PM Boris Johnson and Labour boss Jeremy Corbyn.

Read more: Amanda Holden hails This Morning presenters for ‘taking on’ Phillip Schofield in new swipe at her TV foe

Presenters Phillip Schofield and Holly Willoughby grilled the latter over claims of antisemitism within the Labour party, with Phil pressing the Islington North MP for an apology.

The duo later interviewed Johnson, but drew flak from viewers who thought the chat was too easy for the Tory leader.