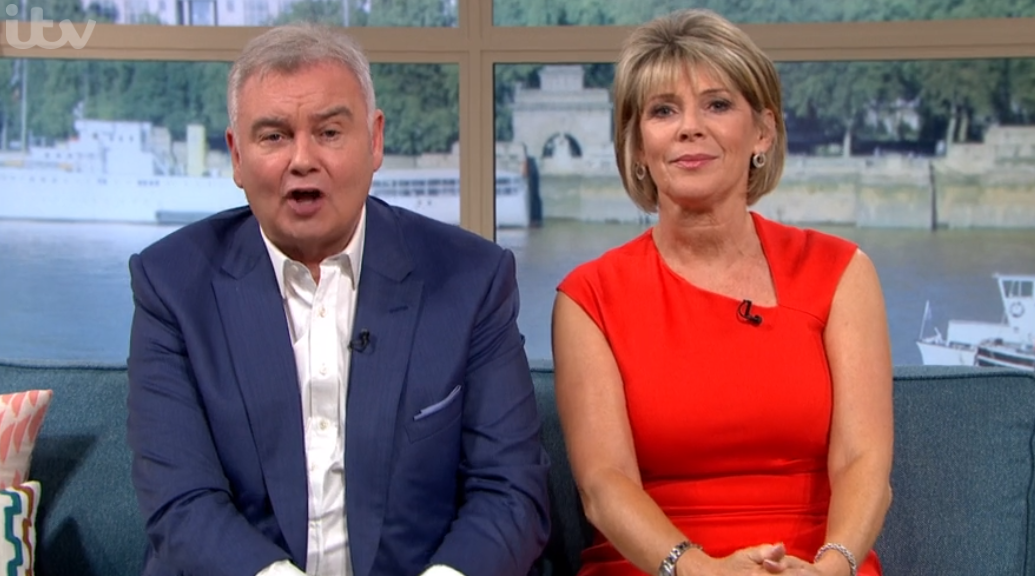 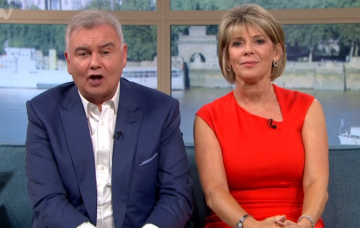 The pair are one of the UK’s most famous husband and wife presenting teams but back when it all started, it seems Ruth, 58, wasn’t as keen to initially go down that route.

In a new interview with Best magazine to mark This Morning’s 30th anniversary, Eamonn, 58, recalled how their journey began back in 2002.

“There was an idea to have a special This Morning for the Queen’s Golden Jubilee and put my wife, Ruth, and I on together,” he said.

“After that, the executives had the idea to make it a regular thing. Ruth was very anti it. She went, ‘No way!’ She said I made her nervous – she didn’t want to be an on-air couple at all.

“Ruth didn’t want me on it, and I don’t think she’s ever wanted me on it since, to be honest!”

We’re sure that’s not true, Eamonn!

Thankfully for us, Eamonn and Ruth’s television partnership did endure and they’ve come fan favourites among many This Morning viewers.

The couple currently present Fridays on This Morning and serve as relief presenters when regular Monday to Thursday co-hosts Holly Willoughby and Phillip Schofield are on holiday.

This Morning will mark its 30th anniversary with a star-studded programme in October.

Eamonn and Ruth, Holly and Phil and other This Morning hosts from over the years including Fern Britton, Richard Madeley and Judy Finnigan will all take part.

Called This Morning – 30 Unforgettable Years, the show will be narrated by Joanna Lumley, with contributions from Hugh Jackman, Robbie Williams, Simon Cowell, Kate Winslet, David Gandy, Amanda Holden, Bradley Walsh plus a host of other stars.

This Morning – 30 Unforgettable Years. Tuesday 2 October at 7.30pm on ITV.