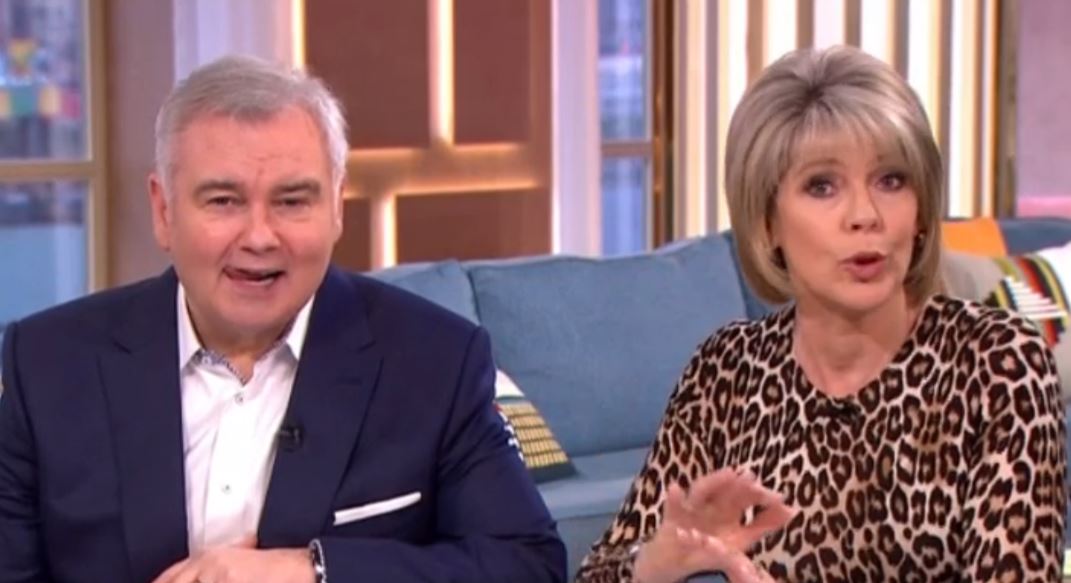 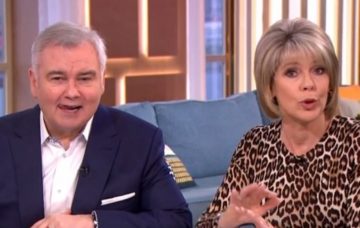 We've all noticed how much time off they get...

Holly Willoughby and Phillip Schofield are still enjoying their annual Christmas break, which means This Morning viewers have been treated to Eamonn Holmes and Ruth Langsford instead.

He kicked off Wednesday’s instalment of This Morning by telling viewers about an upcoming phone-in which focuses on the negative impact of social media.

Eamonn and Ruth asked viewers to call in if they found other people’s social media posts raised questions about their own lives and made them feel inadequate.

Giving an example, he cheekily quipped: “Like why do Phillip and Holly have so many holidays?”

Wife Ruth, however, was quick to chide him, saying: “I’m quite glad they do as it means we’re working!”

Holly and Phil hosted their final This Morning before Christmas on Friday, 15 December, with Eamonn and Ruth stepping in to take their place.

Lucky Holly has certainly been making the most of her time off.

As well as escaping to the slopes for a picturesque ski holiday in December, she’s currently enjoying a sun drenched break in the Caribbean.

The telly fave has shared a handful of photos to social media of her travels, including an adorable picture which showed her playing poolside with youngest son Chester, three.

Phillip, meanwhile, seems to have stayed at home during his This Morning break, but that doesn’t mean he’s had any less fun!

After enjoying a cosy Christmas with his nearest and dearest, he celebrated the New Year with celeb pals including Keith Lemon, Emma Bunton and Kaiser Chiefs’ Ricky Wilson.

They all gathered at Gino D’Acampo’s restaurant in London to ring in 2018.

And proving he’s game for anything, Phillip took to the karaoke booth with former The Voice coach Ricky for a sing-off!

But it will soon be back to work for both Holly and Phil.

As well as returning to This Morning next week, they’re due to host the revamped series of Dancing On Ice, which starts this Sunday night on ITV.

Dancing On Ice originally ran from 2006 until 2014 with Holly and Phil hosting the first six series together, and Phil being joined by Christine Lampard for the latter three series.

But dream team Holly and Phil are back together to oversee proceedings once again. Woohoo!