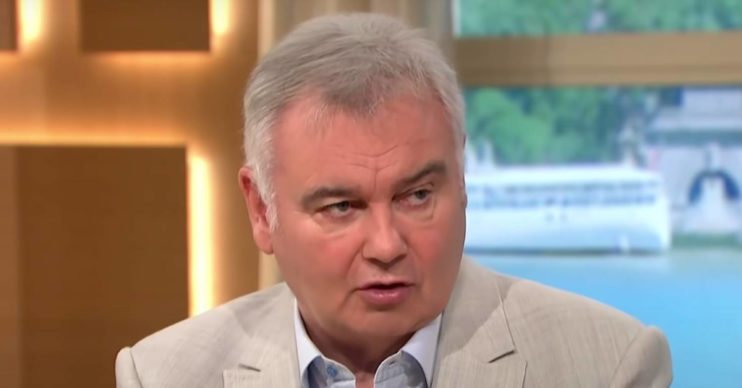 Counselled fellow sleeplessness sufferers on Twitter in the early hours

Eamonn Holmes counselled fans on Twitter early this morning as he revealed the news that he suffers with insomnia.

The This Morning star indicated he lives in chronic pain as admitted he struggles with sleeping.

Eamonn, 61, interacted with social media users from 2.30am on Saturday (March 27) as he invited them to open up.

The broadcaster posted in front of his 1 million followers and asked for reflections on what may be keeping them awake.

He wrote: “In that Twilight Zone between night time and morning.

“Anyone else find these hours the worst… particularly if you suffer chronic pain?”

Eamonn went on to sympathise with one person that there is “no escape”.

However, the presenter did admit to being stumped as to why aches and pains were worse at night.

“Why is that?” he pondered.

Among the dozens of responses Eamonn received were accounts detailing a variety of ailments.

They included people who spoke about tinnitus, gout and cluster headaches.

Others told Eamonn about their experiences with fibromyalgia, sinus headaches and hip pain.

“No one really understands, do they?” Eamonn responded to one person.

“Sending you the most positive of wishes.”

Everything is worth trying.

Another respondent explained how they were still awake because of their job.

“I’m on the night shift as ambulance crew. I always slump at 3am,” they told Eamonn.

“Gosh. Respect to you,” he tweeted back.

And in response to one person who mentioned how their anxiety gives them nightmares, Eamonn tried to reassure them to not be scared.

“Please do your best to not be,” he wrote.

Others suggested alternative solutions to dealing with discomfort and trying to drift off.

Replying to one person who suggested Eamonn play video games, he said it might be a valid option.

“That may be the future for me,” he wrote.

And in response to suggestions of turning to CBD oils, Eamonn answered: “Everything is worth trying.”

ED! has approached a representative for Eamonn for comment.