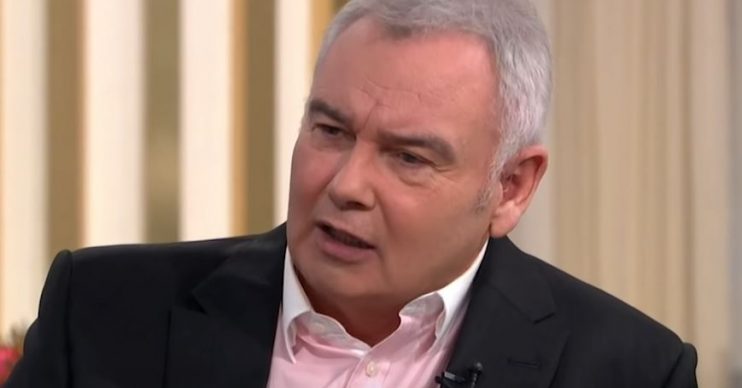 Some can take a joke

This Morning’s Eamonn Holmes appeared to hit out at viewers who accused him of ‘ruining’ Phillip Schofield’s emotional coming-out moment with a joke.

The presenter, 60, paid tribute to Phil on Twitter by posting a still of them hugging on the set of This Morning, taken shortly after Phil’s candid interview with co-host and close pal Holly Willoughby about coming out as gay.

Read more: OPINION: Phillip Schofield coming out is so important for the LBGT community

Seemingly putting an end to rumours of a feud between Phil and his wife Ruth Langsford, Eammon continued: “This is a man who was in pain, who today confided in Ruth and I and who knows we stand in support of him, his family and his sexuality.”

He added: “Also unlike some, he appreciated a laugh to break the tension. @Schofe hoping you find happiness.”

Viewers slammed Eamonn Holmes earlier today and said he ‘ruined’ Phil’s announcement by cracking jokes about him sharing a hot tub with Holly.

Unlike some, he appreciated a laugh to break the tension.

Speaking to Phil, Eamonn said: “I am disappointed in a couple of ways, first of all, I thought, big announcement from Phillip, I thought you were going to come in and announce you had resigned and I would take your job, so that wasn’t to be.

Read more: Phillip Schofield breaks down as he reveals family’s reaction to him coming out as gay

Pointing to Ruth, Eamonn said: “I thought, she would have a problem, I thought, no, no.”

While Phil laughed off the comments on screen, his army of supporters weren’t best pleased with Eamonn’s jokes.

What did you think of Eamonn’s comments? Leave us a comment on our Facebook page @EntertainmentDailyFix and let us know.