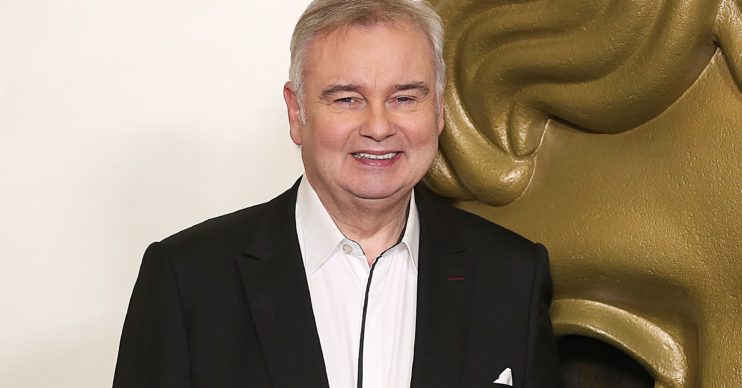 Eamonn looks on the road to recovery

Eamonn Holmes has given a health update and revealed the source of his chronic pain as well as shared a video of him undertaking physio.

The This Morning presenter, 61, has been plagued by pain for months.

And even though he said he’s “crutch dependent” he’s on the road to recovery.

What did Eamonn Holmes share in his health update video?

He captioned the video: “Slipped discs. Road to recovery.”

His smiling physiotherapist walked into shot and explained that Eamonn had gone through the “recoup” phase and was into the rehab phase.

The video then showed a selection of exercises that were designed to strengthen his pelvic stability.

How did Eamonn say he was doing?

As Eamonn moved gingerly through the exercises, he said: “This all looks very simple and it is very simple.

“I’ve lost nerves in my right leg and there’s certain actions I can’t do, so even the most simple thing… it’s hard.

I’ve lost nerves in my right leg and there’s certain actions I can’t do, so even the most simple thing… it’s hard.

“But it’s getting better.”

As for his treatment, Eamonn said: “Some of it is quite pleasant.

How did Eamonn’s followers react?

Eamonn’s followers soon got in touch to wish the star well.

“Oh my goodness, I hadn’t realised how bad you were,” one said.

“I wish you well and I hope you and Ruth will be tripping the light fantastic soon. Much love.”

Another wrote: “It looks as if you’re in very good hands, quite literally, Eamonn.

“Here’s to your continued recovery and freedom from pain.”

A third commented: “I knew it was bad Eamonn from reading your tweets but boy I didn’t realise it was that bad. Good luck with your work and recovery going forward.”

Finally, a follower said: “Keep going Eamonn you can do it. It will be worth it.