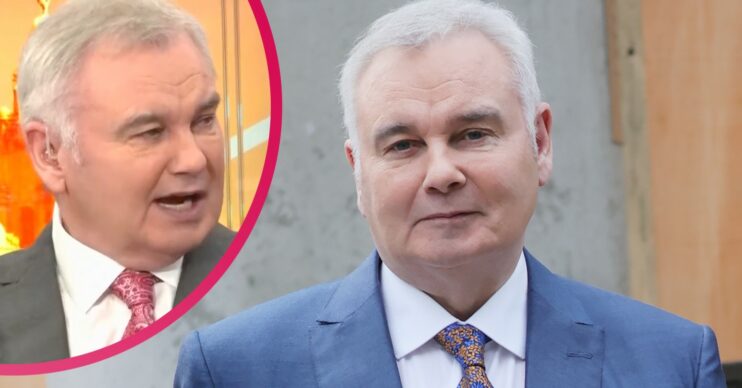 Eamonn Holmes complains over how badly he’s taxed: ‘They make it so difficult’

Eamonn has previously had issues with HMRC

Eamonn Holmes opened up on issues with tax during a discussion on GB News today (February 2).

The 62-year-old presenter appeared on the programme’s breakfast show alongside co-host Isabel Webster.

During a segment with viewer Helen Hampton, the group went on to discuss the rising cost of living.

It comes after national insurance and energy prices are set to rise in the upcoming months.

Speaking about the changes, Helen – a self-employed choir organiser – called for the government to lower taxes.

Eamonn went on to share: “As a self-employed person, I look at the Government and they pretend they want you to be self-employed.

They make it so difficult!

Helen responded: “I know you in the television industry have had this whole issue with the IR35.”

The IR35 is a tax legislation that aims to stop individuals from avoiding tax in the contracting workforce.

The viewer went on: “IR35 is a complete disaster. It makes everything impossible. We have to be able to offer our services and just get paid.

“The tax system for being self-employed is bad enough as it is having to pay it upfront and claw it back.”

She claimed that it is “grossly unfair” for those in the entertainment industry.

What else did Eamonn say?

“And the reason they go for people like me is they want to make headlines and make examples.

“They want to make you think, ‘I’ve got no sympathy for him, he’s on the telly and must earn loads of money.'”

The HMRC has targeted presenters in recent years, arguing that they should be taxed as employees rather than as freelancers.