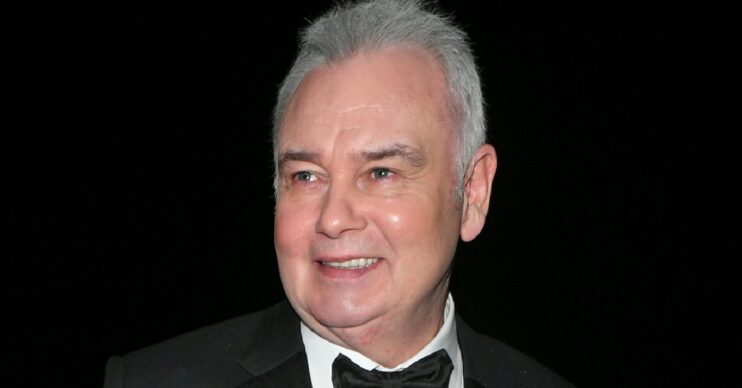 Eamonn Holmes has left his followers gobsmacked over his ‘trim’ appearance, as he teased some exciting news today (September 10).

After attending the NTAs last night, the much-loved presenter looked fresh faced as he posed for a shot in a voice over booth.

The star, 61, then went on to tease an upcoming project with the BBC.

Eamonn explained that the project was due later this month.

Alongside the photo, he shared: “Me in my voice over booth for a new BBC project coming your way at the end of the month.”

The star’s followers rushed to comment on the exciting shot.

One said: “Can’t wait to hear all about it.”

A second wrote: “Looking forward to that!”

However, some fans were quick to point out Eamonn’s appearance.

Another fan shared: “You are looking very trim and healthy.”

A third posted: “You’re looking thin Eamonn. Pain can dull your appetite but you must look after yourself.”

Another said: “Looking forward to that Eamonn… you are looking very trim these days have you lost a few pounds? Looking great on it.”

A fifth added: “Wow you have lost lots of weight looking great.”

The post follows shortly after Eamonn attended the NTAs alongside his wife Ruth Langsford.

Ahead of the event, the married pair took to social media to show off their red carpet looks.

Eamonn looked dapper in a black suit, while Ruth sported a glamorous gown.

Captioning the photo of the pair, Ruth said: “Don’t scrub up too badly!! @officialntas here we come! @eamonnholmes.”

Meanwhile, the Irish host has been battling chronic pain over the past few months.

During an interview on This Morning in August, Eamonn opened up about his ongoing health problems.

A the time, he said: “It’s been going on for three months and I get quite depressed about it sometimes and I think, ‘This is not going to get better’.”