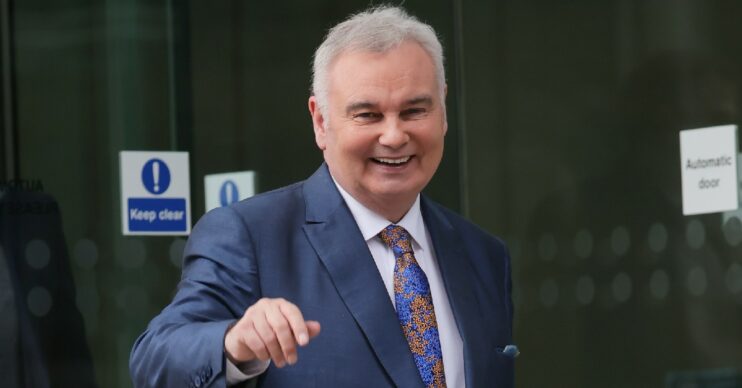 Eamonn Holmes has revealed a bizarre remedy that reportedly helps with his crippling health condition.

The 62-year-old GB News host suffers from chronic back pain, which he has been dealing with for over six years now.

Eamonn, 62, has opened up about methods that help ease the pain.

It makes me feel better. How can anyone deal with pain without swearing?

Writing in Best magazine, the Irish presenter revealed that swearing helps him deal with the pain, which can keep him up at night.

“Swearing has got a bad reputation – which I personally think it doesn’t deserve,” he wrote.

“I have to be honest, I like a swear or two or three… It makes me feel better. How can anyone deal with pain without swearing?” he continued.

What else did Eamonn Holmes say?

Eamonn then continued, saying that he has been suffering from chronic back pain for some years now.

Because of this, his swear box has “runneth over”.

“I’m not saying it’s better than a couple of painkilling tablets, but it certainly has an initial short, sharp effect,” he said.

He then went on to say that he understands that people don’t like hearing swearing. However, he confessed that it “doesn’t half feel good” to let the curse words fly when he’s in pain.

Eamonn then pointed out that scientific studies have found that saying the F-word can have a “calming effect” on people.

He then said that swearing was a way for us to process “the chaos of being human”.

Eamonn opens up about chronic back pain

The 62-year-old previously revealed that he was suffering from chronic back pain earlier last year.

“About a month ago I did something to my back, I don’t know what,” he said at the time.

“It could have been getting into a car, getting out of bed, whatever,” he added. He then went on to say that he had an MRI scan scheduled.

“So many of you have this chronic pain from all sorts of different sources,” the GB News host added.

Eamonn eventually found that he had a dislocated pelvis. He later revealed that he had three slipped discs in his back too.