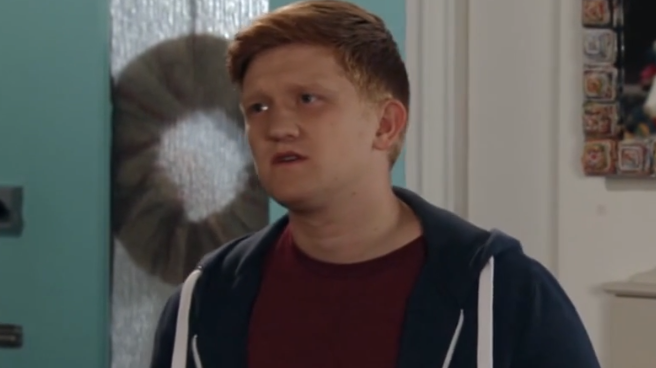 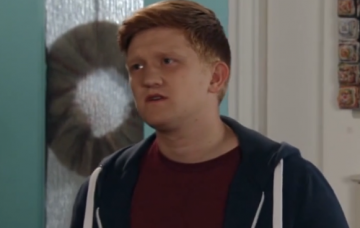 Was it that unusual?

The aspiring journalist, played by Rob Mallard, went round to say he wanted to “bury the hatchet” after the pair have been feuding over Sinead Tinker.

He told him: “We need to put all of this behind us.

“It’s stupid us squabbling over Sinead when she’s already made her choice and when you need to be focusing on your son.”

As a confused Chesney, played by Sam Aston, asked “is this a wind-up?” some viewers were also baffled by the scene.

However, they weren’t focused on Daniel’s sudden change of heart but by something they’d spotted in the background of Chesney’s house.

Despite the date the episode aired being January 3rd, an advent calendar could still be seen on display.

And the eagle-eyed viewers noted that as well as the calendar still being up long after its shelf life of Christmas Eve (or Christmas Day depending on which you buy!), half the doors were still unopened! A crime against chocolate!

One viewer tweeted: “why is there an advent calendar in Coronation Street?” with a laughing face emoji, while another asked: “It’s 3rd Jan so why is Chesneys advent calendar half open??”

Another wrote: “Just when you thought Coronation Street couldn’t get any worse, Chesney has a partially opened advent calendar in his living room on January 3rd…” 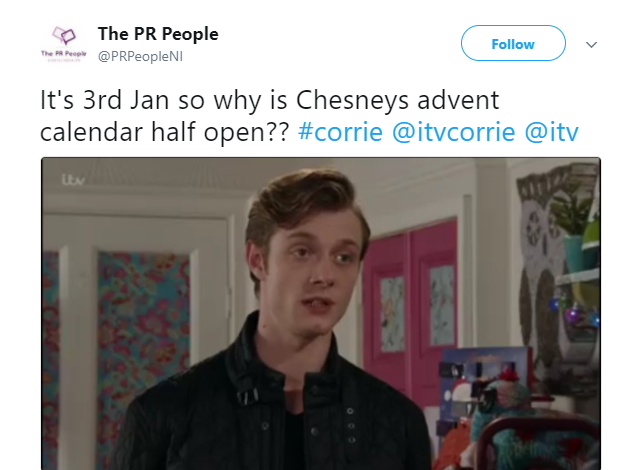 However, others leapt to the character’s defence and admitted they were also guilty of falling behind on opening their advent calendar doors.

One account ruled that the soap was actually being true to life as “we think a lot of homes will have half eaten advent calendars.” 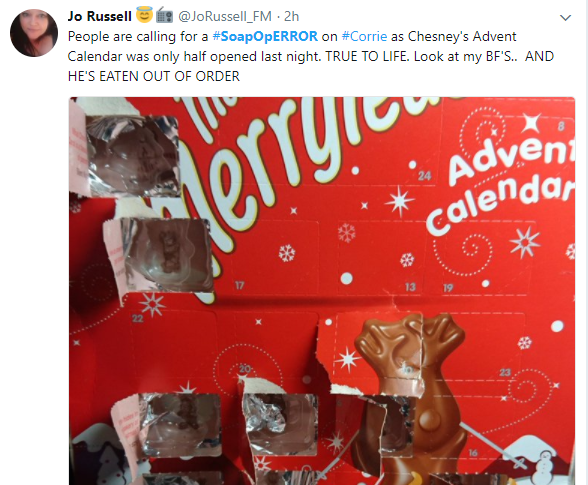 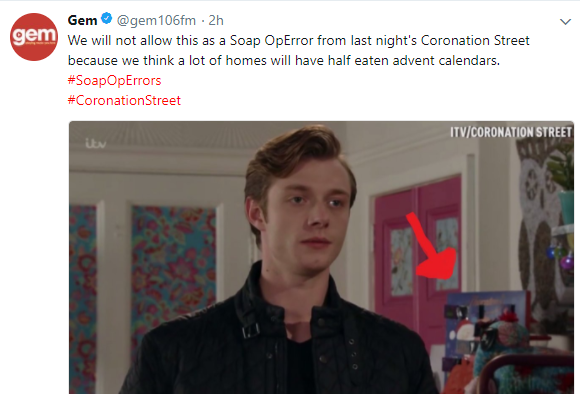 Let’s just hope Chesney gets all his Christmas decorations down by Twelfth Night or he could be hit with bad luck ahead of his wedding day, although he doesn’t seem to have had much of that recently anyway!

Read more: New Emmerdale trailer hints at drama for the Dingles, death for the Whites and Moira confessing to murder

He’s set to tie the knot with Sinead in scenes to air next week, so will Daniel stay true to the truce he declared last night or will he try to stop the wedding?