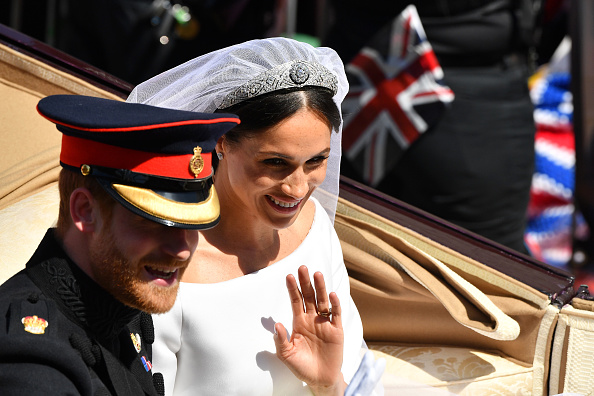 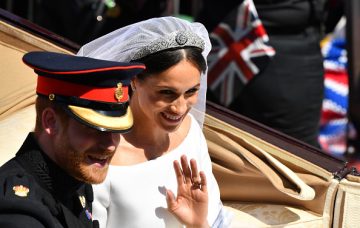 The Duchess of Sussex’s make-up artist has revealed he learned about the royal wedding after the former actress texted him a simple emoji.

And close pal Meghan used an emoji to enlist his services!

Daniel, who has known for Meghan for ten years, told Elle magazine that Meghan used a rather unconventional way to ask if he’d do her make-up for the wedding.

The pair usually communicate via text rather than phone call, because they live in different time zones and he’s always travelling for work.

Read more: How friends should address the new Duchess of Sussex

He explained: “She sent me a text asking what I was doing the weekend of May 19th. I was like, ‘I may be in Cannes for the film festival but what’s up…’ and she sent me the bride and groom emoji right back and I literally dropped my phone!

And Daniel stuck to his word, with nobody knowing he was the person behind Meghan’s wedding day look until Kensington Palace released the information on the day.

He added that before the wedding Meghan was “extremely chill” as they had breakfast and got ready together.

Meanwhile, Daniel has given another interview, to People magazine, in which he recalled asking Meghan what he should call her after she married.

Former actress Meghan is now known as Her Royal Highness The Duchess of Sussex, and she’s also Countess of Dumbarton and Baroness of Kilkeel.

Daniel said: “I asked her that. ‘Do I bow to you? I don’t want to disrespect you, but I’ve known you for almost ten years. What’s up?’

“She started laughing and she said, ‘I’m always going to be Meg. Meg.’

“But next time I see them I will be respectful and know my protocol. But Meg is always going to be Meg, that’s how it is!”

Meghan joined the royal family when she married Prince Harry at St. George’s Chapel at Windsor Castle on Saturday.

They made their first public appearance as a married couple on Tuesday, when they attended Prince Charles’ 70th birthday garden party at Buckingham Palace.

The newlyweds delayed honeymoon plans so they could attend the event.

A honeymoon destination has yet to be announced, but many royal commentators have suggested somewhere in Africa is the most likely option, given the couple’s close ties to the continent.