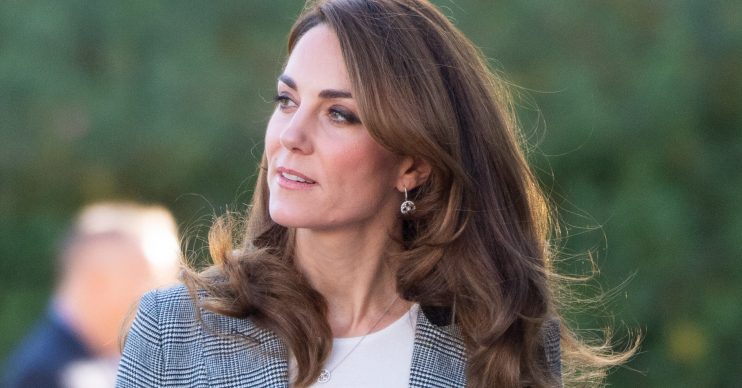 Duchess of Cambridge ‘trips’ at royal engagement with Prince William

They were supporting their charity Shout

The Duchess of Cambridge never normally puts a foot wrong, but it seems she tripped at a royal engagement yesterday.

Kate stumbled as she was getting into her car, according to Mail Online.

She and Prince William were attending a charity event in London for their volunteer text support service Shout.

As they left the Troubadour White City Theatre, the mum of three seemed to trip.

William reached out his hand to steady her, but consummate professional Kate had already regained her composure.

The couple could be seen giving each other a little conspiratorial grin as they got into the vehicle.

Kate was perfectly turned out for the event in a grey checked Smythe blazer and burgundy Joseph trousers.

Read more: Meghan and Harry to spend Christmas in America?

Last week, it was reported that Kate could be making a TV show with the BBC.

It was claimed that she had held private talks with BBC director-general Tony Hall.

The royal was spotted at the Beeb’s Broadcasting House site in London last Thursday.