After a night on the town at the BAFTAs, Holly surprised viewers by the state she was in the the morning after

If you were to able to sit through last night’s marathon BAFTA awards you’d have seen the wonderful Holly Willoughby and Alan Carr looking all sparkly and bright as they presented a gong.

But it wasn’t long before the cheeky comedian was up to no good and began teasing his stage-mate!

While they were at the podium to announce the winner of the Must See TV Moment Of The Year, cheeky Mr Carr teased Holly about the times she’s appeared ‘drunk’ on the telly after a big night out.

As she began to introduce the category, Alan wickedly quipped: “Yeah, they should have just waited ’til tomorrow morning when you’ll no doubt be [drunk] on This Morning again!”

Unless you’ve been living on the moon, you’ll know that the speccy funnyman was obviously referring to the hilarious morning after the National TV Awards last year when Holly and Philip appeared to be still a little merry on the couch after a night of boozing with the stars.

After Alan’s cheeky onstage comment, the usually squeaky clean Holly was a wee bit red-faced and looked bashfully at the floor as she joshed, “Oh, the shame!”

But if viewers were hoping to see a sozzled Holly on the couch this morning, they were in for disappointment as she looked in fine fettle. Boo!

On today’s edition of This Morning, Holly looked as fresh faced as ever as she greeted viewers alongside Phillip Schofield.

Chatting about last night’s awards, the devil that is Schofe began to tease her about her alcohol intake from the night before and said that she appeared to be “really good or hiding it well”.

Holly laughed and said: “Yes I had a lovely night.

“It wasn’t the beautiful evening we all planned for, it was a bit of a washout,” said Holly, of the downpour of rain when the stars arrived on the red carpet.

However, keen to prove she was as sober as judge she added, “But look, bright-eyed and bushy tailed, I’m fine this morning.” 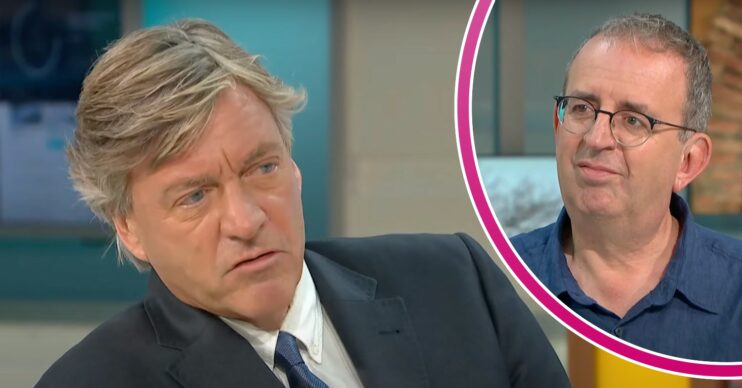