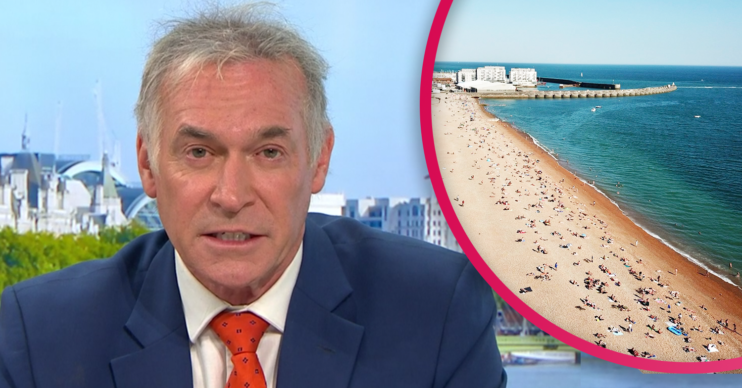 Dr Hilary Jones discussed holiday options for Brits on Good Morning Britain today (July 2). Speaking to Ben Shephard and Ranvir Singh, he explained that the safest possibility for those wishing to go abroad would  be to drive. Dr Hilary gives holiday advice on GMB Instead of taking a plane, he suggested taking the car and […]

Speaking to Ben Shephard and Ranvir Singh, he explained that the safest possibility for those wishing to go abroad would  be to drive.

Instead of taking a plane, he suggested taking the car and opting for a ferry or the Eurostar.

“That is a good option if you’re in your own car in your own bubble with your own household,” he said.

“And you could drive to a location which is remote, quiet and not stay in a hotel.

“That would be one of the safest options.”

“Staying the UK is another very good option,” he added. “Stay domestic.

“There are some beautiful locations.”

Although airlines have been relaunching flights from the UK to holiday hotspots, Dr Hilary warned it may not be as safe as some might hope.

“If you’re on an aeroplane, you’re breathing air that has been recirculated through filters which don’t absoltuely filter out the virus,” he continued.

“Also, you’re touching seats and you’re dependent on someone having sterilised those seats absolutely thoroughly.

“People can wear masks but they’re obviously taking them off when they have a drink or eat their food not he aircraft.

“And no one has mentioned the toilets.

“This is not just a respiratory disease but it can also be spread by the oratory route so toilets have to be clean – and there are usually only a couple on a small plane.”

Since lockdown restrictions were eased, there has been in a surge in bookings.

But Dr Hilary warned the holiday experience will be different.

“Even if you’re by a pool, you’ll need to socially distance,” he concluded.

“I think for many people, it’s too early and they’re going to wait to go away.”