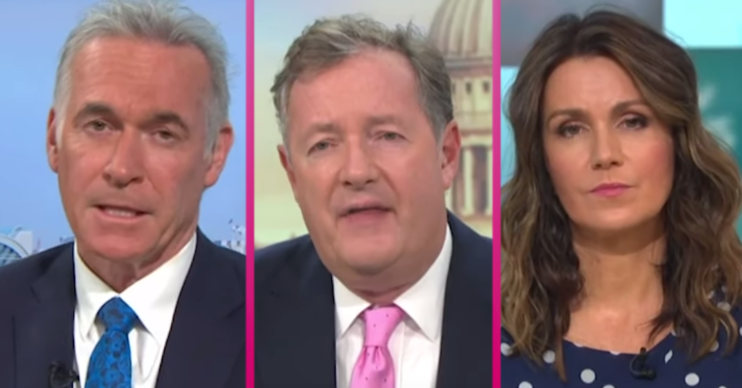 GMB: Dr Hilary Jones warns coronavirus spike in UK could happen in the next six weeks

Warned on GMB that some younger people are 'covid deniers'

GMB star Dr Hilary Jones has said a coronavirus spike could be triggered next month.

The medical expert warned on Good Morning Britain the UK could soon see a huge uptick in coronavirus infections.

He indicated earlier today (Tuesday, September 8) that some Brits are not being as careful as they should.

And Dr Hilary suggested it may be younger people who could bring about a jump in cases  – and claimed they may be ‘in denial’ about the risks.

Dr Hilary’s comments followed those of Professor Jonathan Van-Tam’s yesterday. The Deputy Chief Medical Officer said the public had “relaxed too much” over the summer.

He also described the rising number of cases as being of “great concern”.

Dr Hilary told GMB presenters Piers Morgan and Susanna Reid today that a spike in cases could come about in six weeks, at the end of October, if the rules aren’t followed.

“That they are not going to be affected by COVID-19 and some of them even deny that the virus exists.

Read more: Kate Garraway confirms when she will return to work so husband Derek ‘can hear her voice’

“[They think] they’re not going to be affected by COVID-19 and some of them even deny the virus exists.”

Is the UK close to coronavirus spikes seen in France and Spain?

He continued: “In France there have been 7,157 cases in the last 24 hours. An exponential rise in the past few weeks and that is now being mirrored by hospitalisations and deaths.

“So we are six to eight weeks behind France and Spain. Spain has eight times the number of cases per hundred thousand population and France four times our rate.

“But we’re going to follow suit. We will be there in six to eight weeks unless people abide by the guidelines and behave sensibly.”

Piers went on later in the segment to slam England footballers Mason Greenwood and Phil Foden for meeting with women in a hotel room while on International duty over the weekend. He indicated they should be ‘better role models’ and said they had been ‘sent home in shame’.

Piers fumed: “It doesn’t help when you’ve got two England footballers who’ve just made their debut for their country.

“I saw people all day long trying to defend them and make out, ‘Oh, they’re just young lads’. But they’re young lads representing their country who knew the rules and would have had it drummed into them.

“I don’t understand why there wasn’t better security with the England team.”

He added: “They’ve shamed themselves, their families, their clubs, their country. Okay, they’re young – but that’s no excuse.”

– Good Morning Britain airs on ITV on weekdays from 6am