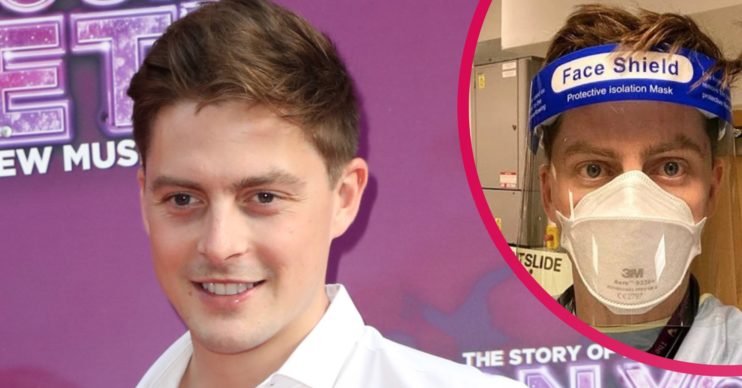 He wants to take time off for his health

Dr Alex George has revealed the news on Instagram that he intends to step back from work.

The former Love Island contestant, 30, told fans he needs a break for the good of his health.

Dr Alex, who works in A&E, admitted he was feeling stressed after a year helping patients fight coronavirus.

Addressing his 1.9 million Instagram followers, Dr Alex said he wanted to be open with his fans.

He wrote: “It’s been a bit of an up-and-down week.

“I always want to be honest with you guys and the last thing I want is for my page to be a highlight of good days, hiding the bad.

“It’s been a long and hard year, which ultimately takes its toll.

“I have really felt it this week and I am aware I need a break.

“I am taking a full week off from Tuesday. Recognising when you are becoming stressed and acting on it, is so important.”

The medic – who lost his younger brother, Llyr, after he took his own life last July – insisted he wanted to remain upbeat.

He continued: “There are good times on the horizon as well as things I want to achieve, most importantly in my role but also in my personal life and with my new brand (which I am rather proud of).

I need to look after my physical and mental health.

“To be able to do this I need to look after my physical and mental health.”

Dr Alex added: “Never be ashamed to take a break, when you need it. I believe it’s a sign of self awareness and ultimately strength.”

Thousands of fans gave Dr Alex’s words their backing by Liking the post.

Many others also offered him their well wishes by commenting on the upload.

One person wrote: “Great message, and so important. Thank you.”

Read more: Dr Alex George urges students to protect their mental health after the tragic loss of his brother

Another said: “You deserve a break after all the incredible work you’ve been doing.”

And a third commenter added: “Well done for recognising it and sharing it and inspiring us all as always.”

What do you think of the news that Dr Alex George is taking a break? Leave us a comment on our Facebook page @EntertainmentDailyFix and let us know.