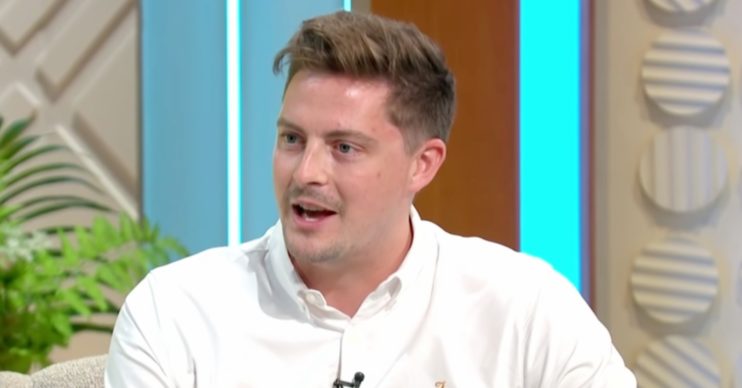 Dr Alex George has been appointed as a youth mental health ambassador by Boris Johnson following the death of his brother.

The former Love Island star, 30, met with the Prime Minister in No.10 this week to discuss the unpaid role.

Taking to Instagram to announce the news, Alex shared a photo from his meeting with the PM.

Meanwhile, the star said: “WE DID IT!! You called and the PM answered!! I have been appointed as the Ambassador for Mental Health.

Read more: Dr Alex George urges students to protect their mental health after the tragic loss of his brother

“It hasn’t sunk in yet and I’m not sure it ever will. I am truly humbled. In my role, I will be working closely with the Government to make mental health an absolute priority.

“Never has mental health been more important than now. From schools to universities, the NHS and the wider public, MENTAL HEALTH MATTERS. For the current as well as future generations, we must do everything in our power to bring meaningful change.”

What did the star say about his brother?

Furthermore, Alex wrote: “Nothing will bring my brother back but if I can make a positive impact that saves even one life, it will be worth moving mountains for.

“There is much work to be done. Particularly in the coming weeks and months.

Nothing will bring my brother back but if I can make a positive impact that saves even one life, it will be worth moving mountains for

“Thanks to each and every one of you for your incredible support. Thank you also to the Prime Minister and Government for recognising our campaign and showing a desire to make a real change moving forward.”

Meanwhile, earlier today, Alex appeared alongside his mum to discuss the news on Lorraine.

They also opened up on Llŷr, who took his own life aged just 19.

Speaking about Llŷr, Jane said: “[It’s been] Beyond, absolutely beyond difficult, I think that’s the only way to describe it.

“We are the first line of defence as the parents, we have a duty to know how to have these conversations, to effectively spot those signs.

“Hindsight is a terrible, terrible thing… you look back and think, ‘Oh my gosh, I missed opportunities to do things that would have made a difference.'”

In addition, she said she was “so proud” of Alex’s recent achievement.

“Me and dad and Elliot, we are so, so proud and Llŷr looking down would be so so proud of what you are doing.”