Downtown Abbey actor Allen Leech and his wife are expecting their first child together.

Jessica Blair Herman was showing off her growing baby bump in a clinging gold gown at Monday night's film premiere as she posed for pictures alongside her actor husband. 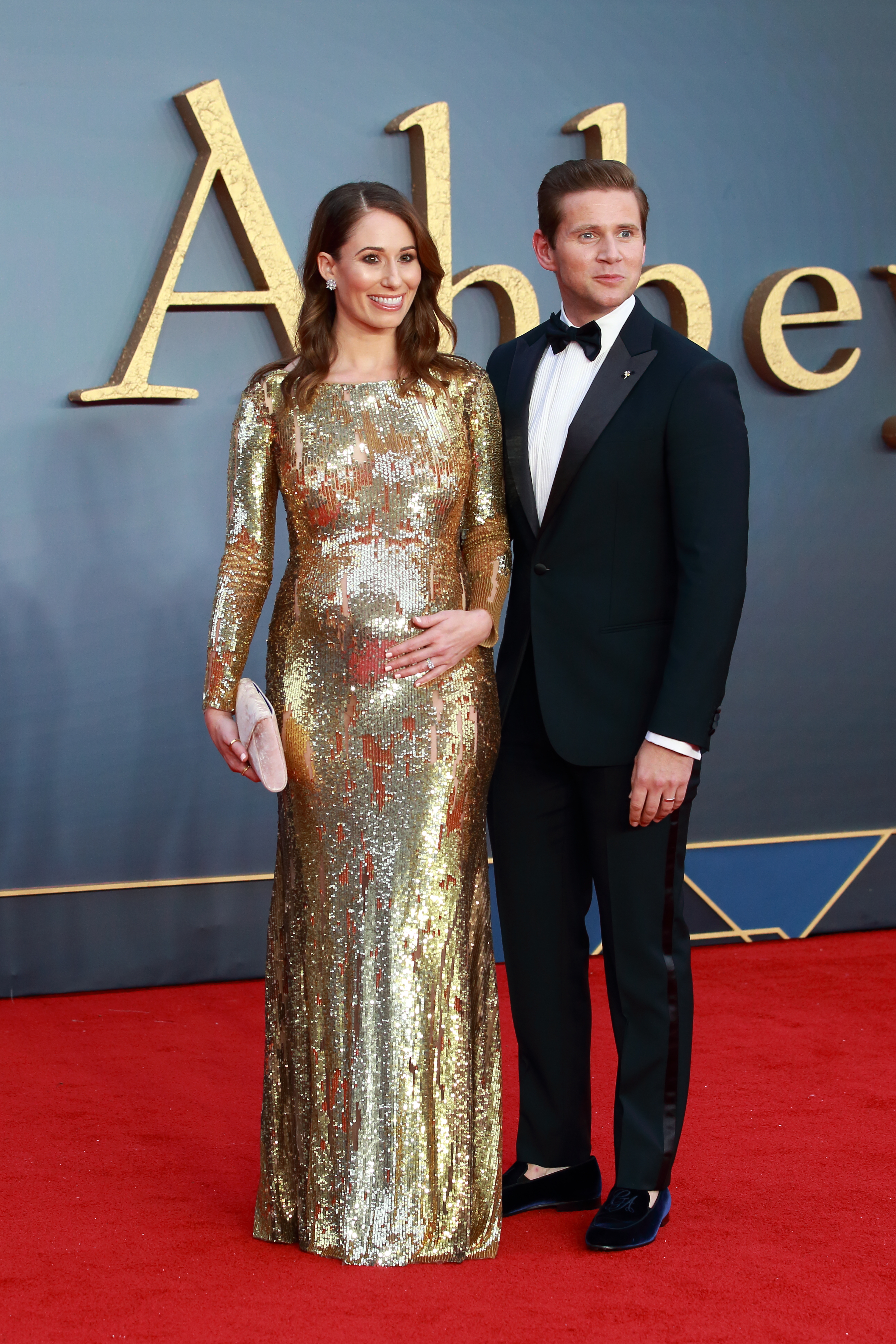 Allen and wife Jessica pose for pictures at the world premiere of Downtown Abbey on Monday night (Credit: Splash)

He told the Sun Online: "She is absolutely blooming. She is five months pregnant today. I'm nervous."

Allen, 38, has made no secret of the fact he was ready to start having kids and recently revealed he would love to have a huge family. 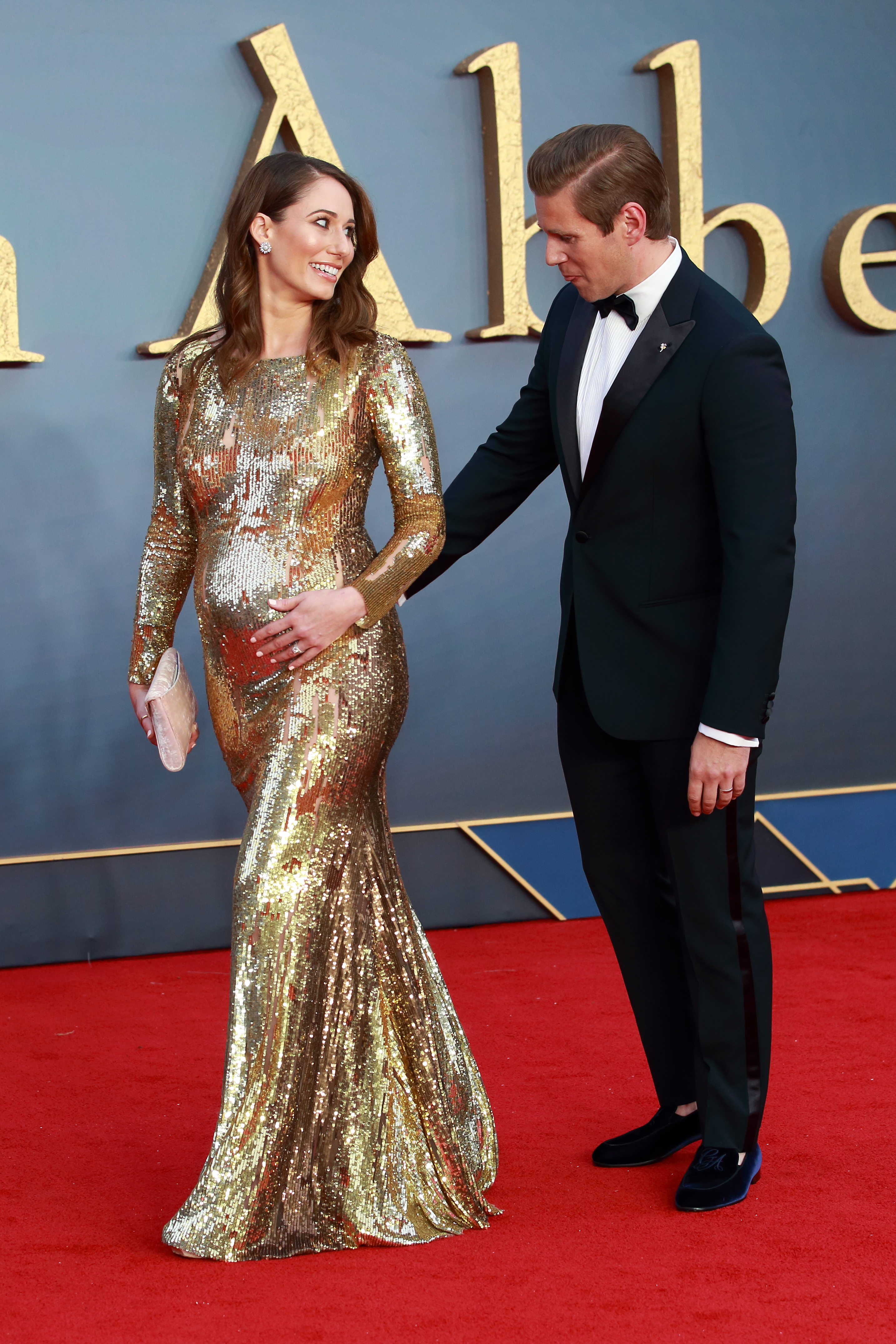 He said: "I'd love four [children]. I think the last time I said that to Jess, she said, 'Are they coming out of your womb?'

"So I don't think that's going to happen but we definitely do want a family."

She is absolutely blooming. She is five months pregnant today. I'm nervous.

The day you proposed was one of the best days but every day with you is my favorite. I love you! Happy Valentine’s Day @therealleech! ❤️

Allen, who plays Tom Branson in the hit TV series, and Jessica tied the knot at a ranch in California's Santa Ynez Valley after three years together, but the ceremony didn't go according to plan as it "peed rain" and the the hired band were unable to play.

But luckily A-list guests Darren Criss and Lea Michele stepped in instead. "We had blankets and heaters around but it was so wet, Jess had to be carried down the aisle by the groomsmen!

Quick catch up after 9 holes of gol....... after rehearsals, rehearsals and scene study! #inthemoviedowntonbecomesagolfcourse @downtonabbey_official

"People were drinking hot toddies when Darren started playing All You Need Is Love and everyone joined in."

The pair met at a party in 2016 and Allen immediately knew she was special.

He recalled: "There was this moment when we were chatting just the two of us, and this guy walked past, really hammered, and said, 'This - this is what I want. How long have you been married?'

"Without missing a beat, Jess replied, 'Six years', and started making up this story.

"I just looked at her, giving this guy marriage advice and thought, 'She's pretty cool.'"