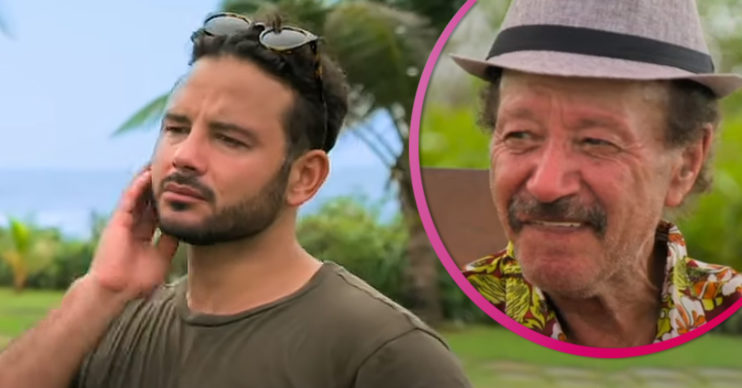 The son of Dougie James, Ryan Thomas, has paid tribute to him following his death.

Last month, it was confirmed that Mancs In Mumbai star and soul singer Dougie had died at the age of 72.

Now, former Coronation Street actor Ryan shared a touching message to Instagram in honour of his dad and to thank “every single person for coming out to the Chapel on Friday”.

What did Ryan Thomas say about his dad Dougie James?

Ryan shared a photo of himself and Dougie from when he was a kid.

He wrote: “You are the reason I’m proud to be a Thomas.

“Since being a young child I’ve always been in awe of you.

“Growing up watching you on the stage to people stopping me in the street saying ‘are you Dougie James’s son?’ is something I love more than you will ever know.

“Last year feels more special now because me & my brothers got the chance to show you off to the nation we will never forget that.”

He continued: “Just wanted to take this time to thank every single person for coming out to the Chapel on Friday.

“One of the hardest days of my life but it’s times like this you realise how important your friends and family are.

“We were overwhelmed with the amount of people who turned up to show their respect he really was loved in Manchester.

Ryan thanks fans for their messages of support

“There were moments at the chapel I’d feel myself looking at all the people with a big smile on face thinking ‘that’s my dad!!!!’

“So glad I got to show you off one last time.”

One of the hardest days of my life but it’s times like this you realise how important your friends and family are.

Concluding his message, Ryan said: “I’ve not had chance to reply to everyone’s messages.

“But I want you to know your love & support has really helped me get through this extremely tough time thank you.

“Dad you always said to me buying you a van was the best gift I ever gave you.

“I want you to know the best gift you ever gave me was my brothers. I couldn’t have done this without you both love you boys @adamthomas21 @scott.thomas.

“Shine bright wherever you are. We love you dad.”

The former Love Island star hailed his dad as a “Manchester legend” and revealed his “legacy will live on”.

In addition, Adam Thomas called his dad Dougie his “sunshine on a cloudy day”.