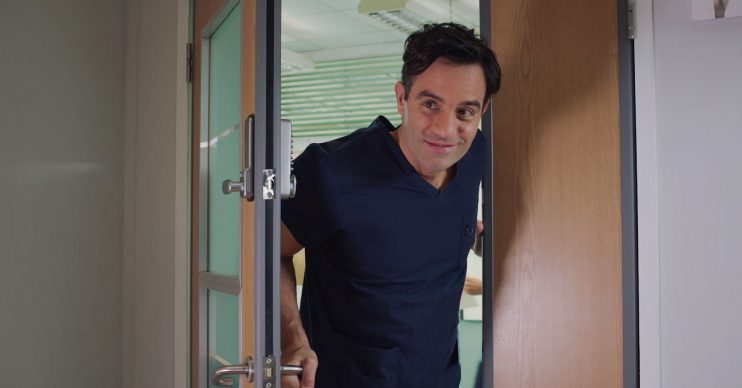 There’s a double bill of Holby City this week!

There is no Holby City next week!

There will be a double bill of Holby City this week to make up for the lack of episode next week.

The first episode of the BBC medical drama airs tonight (Tuesday February 25) in its usual time slot of 8pm on BBC One.

But as there will be no episode next Tuesday (March 3), there will be another episode tomorrow night (Wednesday February 26) also at 8pm on BBC One.

For those of you wondering why there’s no episode of Holby City next week, it’s because the Match of the Day Live: FA Cup will be on.

The match between Chelsea and Liverpool will kick off at 7.45pm with coverage starting at 7.30pm going through to 10pm.

In this week’s double bill of Holby, fans have plenty to look forward to.

Ric is determined to help the relative of a former patient despite being in the middle of a nursing crisis and the AAU being filled to capacity.

Will he be able to balance the workload?

Elsewhere, when Ben makes a grand gesture to Essie, she realises she has to decide where she stands with Sacha.

Meanwhile Kian returns from Canada to discover Jac has taken a step back from her work.

Learning this, he decides to force her out of her comfort zone. How will it go down with Jac?

In Wednesday’s installment, Jac and Kian have to decide who will be Darwin’s next clinical lead.

Read More: Flesh and Blood: Who is the victim and who is the villain?

Max finds herself in a desolate place after receiving some difficult news and after her rift with Ric, she fears she may have lost him.

Recently Holby hinted at a reunion for Sacha and Essie, but she is currently in a relationship with Ben Sherwood.

However Essie has no idea that Ben shared a kiss with her friend Dom.

Will she find out the truth?

Will you be watching Holby City this week? Leave us a comment on our Facebook page @EntertainmentDailyFix and let us know what you think of this story.