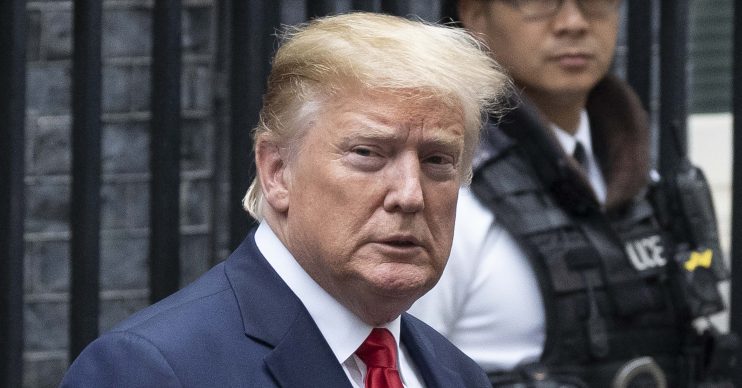 The controversial US President called the next in line to the throne the “Prince of Whales” on Twitter – and an avalanche of jokes rolled in from his huge follower base. 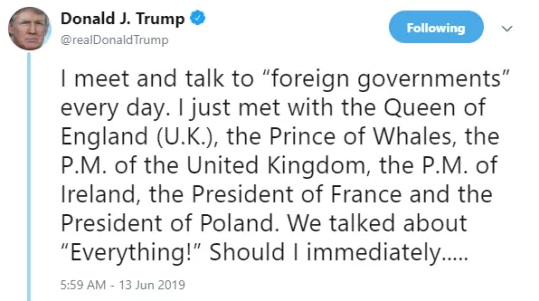 Reacting to the tweet, Donald Trump’s followers rushed to offer whale-based puns and post memes to mock the error, which appears to have since been corrected.

One posted a meme of a whale jumping out of the sea alongside the words: “Whale hello there.”

Another replied: “Did he also meet the Baron of Beluga? I hear he’s a great leader.”

A third tweeted: “Melania gets to be the Marchioness of Manatees.”

Someone else wrote: “Didn’t get the time to meet up with the Duke Of Dolphins I’m guessing?”

A fifth asked: “Did you meet Moby Dick? What’s he like in person?”

Another tweeted, “Free Willy” alongside a string of laughing-crying emojis. 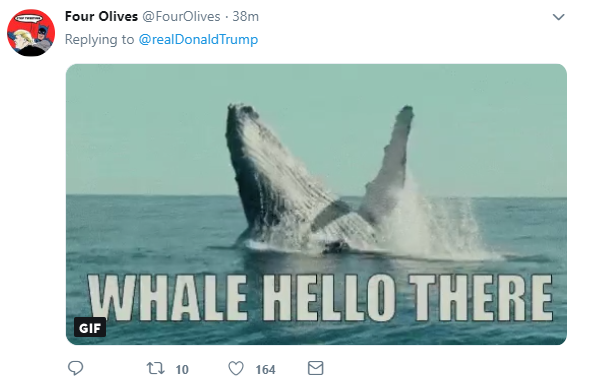 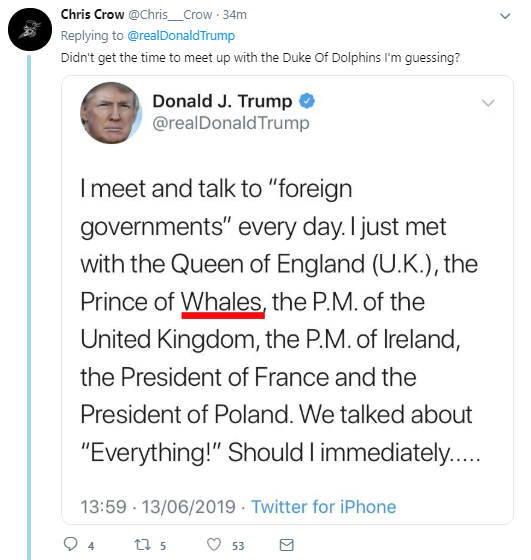 The 45th President of the United States was in the UK earlier this month for an official three-day state visit.

During the Buckingham Palace banquet, he was slammed for appearing to nod off while the Queen gave a welcome speech before the guests tucked in to eat.

In a clip that circulated on social media, the 72-year-old was seen with his eyes shut while he sat between Her Majesty and Camilla, the Duchess of Cornwall.

The President of the United States, Donald Trump, falling asleep as Her Majesty The Queen delivers her State banquet speech…pic.twitter.com/EdXh15XMre

While the Queen spoke about the UK’s special relationship with America, the president could be seen repeatedly closing his eyes.

They shut for nearly 10 seconds at one point, before suddenly jolting open.

As usual, people on social media were quick to share their thoughts – and many were not impressed by the president’s antics, with one writing, “What a disgrace” and another calling it an “embarrassment”.