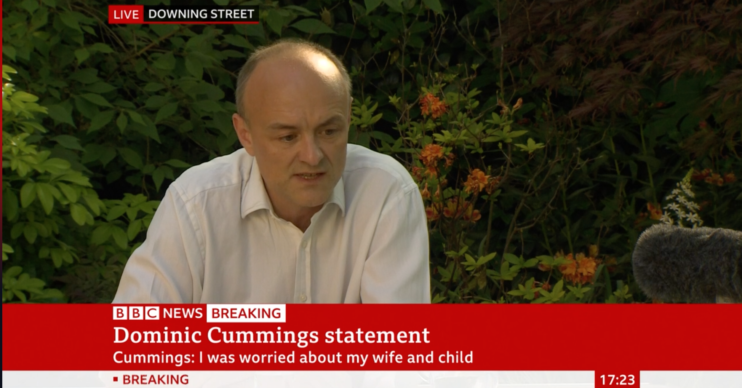 Downing Street senior aide Dominic Cummings arrived at his own press conference to explain his widely condemned actions during lockdown 30 minutes late. Over the weekend news broke that Boris Johnson’s right-hand man had travelled 260 miles from London to his parents’ home in Durham. At 4.30pm on Bank Holiday Monday, he strolled into No […]

Over the weekend news broke that Boris Johnson’s right-hand man had travelled 260 miles from London to his parents’ home in Durham.

At 4.30pm on Bank Holiday Monday, he strolled into No 10 Downing Street’s rose garden to explain his decision to do so, while the rest of the nation dutifully followed guidelines he had helped to put together.

I was thinking what if the same or worse happens to me. The regulations made clear the risks to a small child.

Cummings read out a statement from loose sheets of paper, explaining both he and his wife, Mary, were unwell ahead of their journey and they were concerned about who would care for their four-year-old son.

Insisting he had done nothing wrong and had no regrets, he said “in all the circumstances I behaved reasonably and legally”. 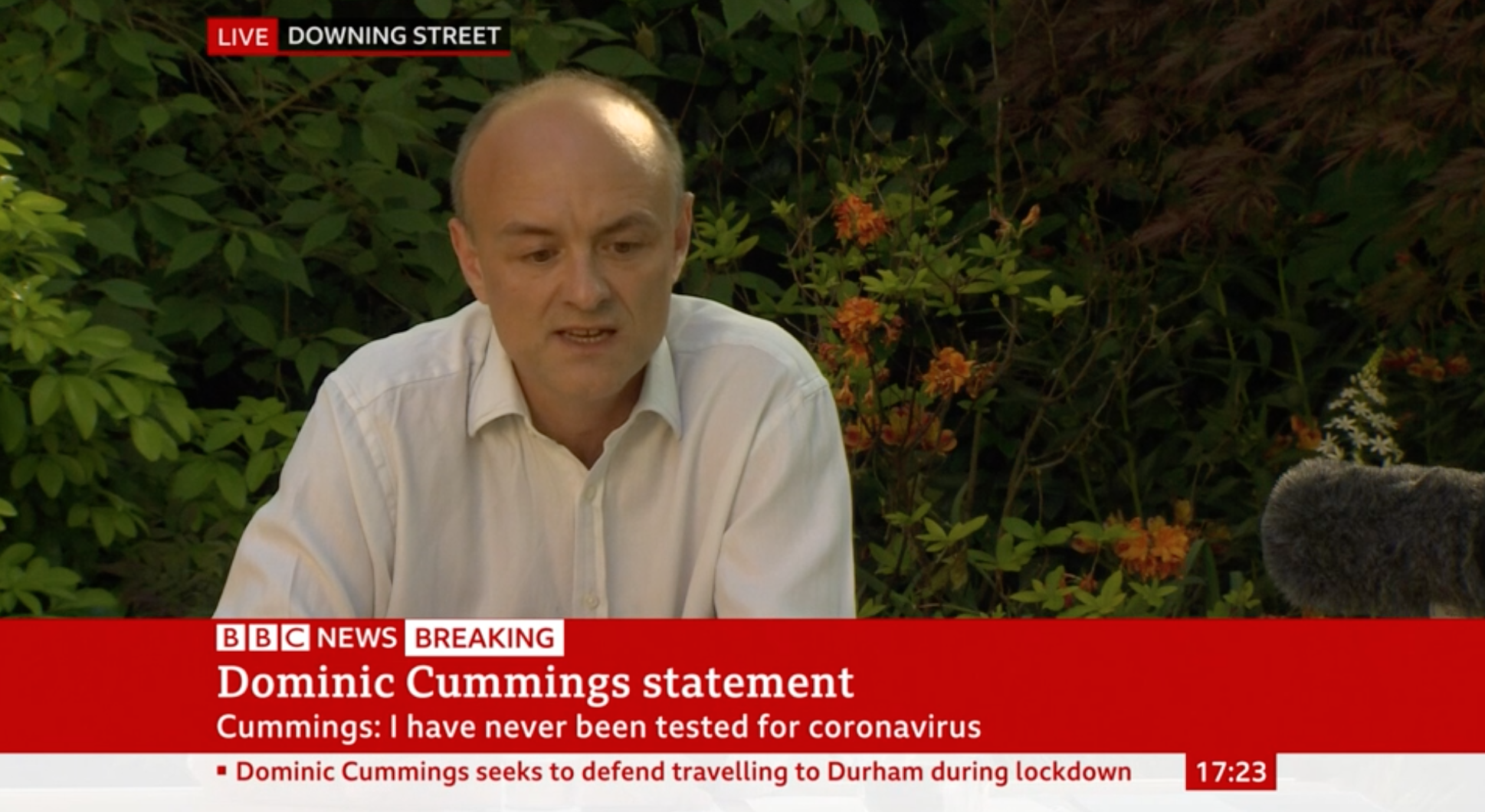 Cummings added: “Yesterday I gave a full account to the Prime Minister of my actions between the 27th of March and the 14th of April.

“I should have made this statement earlier. I did not ask the PM about this decision.

“He was ill himself and had huge problems to deal with.

“My wife felt on the edge of not being able to look after him [our son] safely.

“I was thinking, ‘what if the same or worse happens to me?’. The regulations made clear the risks to a small child.

“I had a way of dealing with this that minimised risk to others and was worried about leaving my child at home in the night.

“I thought the best thing was to drive to an isolated cottage on my father’s farm.”

After delivering his statement, Cummings invited questions from the press and failed to offer an apology when one reporter asked if he would.

He also insisted that at no point did he consider resigning from his government position and Prime Minister Boris Johnson had not asked him to.

Many Brits, including TV news anchors, were furious with the lack of apology or apparent contrition…

No apology.
For breaking three lockdown rules that HE helped create.
Unbelievable. #cummings

So he’s not sorry. We are too thick to appreciate the nuances of the rules. It’s all the media’s fault. And the emperor has no clothes.

No apology.
No sign of regret.
Blaming the media for much of the ill-feeling.
Can he survive this and keep his job?#DominicCummings

What’s that phrase? When you are in a hole stop digging. The PM, the Cabinet and Mr Cummings have all had a go at digging their way out of the hole. It’s just getting deeper. Just go Mr Cummings, for goodness sake. #dominiccummings

He broke the rules in a way many people were not able to or chose not to. It’s that simple. With no apology or admission of guilt he should resign #DominicCummings #dommustgo

So do people now think, as #DominicCummings says he hopes they do, that he acted reasonably in travelling to Durham? No apology or regrets from him, which doesn’t help his case or by extension the PMs.

So just to sum this up:

No resignation
No apology
No regret
Zero fucks given #cummings #DominicCummings

I.can.not.listen.anymore.
No apology for undermining the rules. No apology for covering it up. No accountability. Thinks he is above the rest.

How many people have risked everything for the greater good, gone without, suffered immensely and for what? #covid19 #dominiccummings

Some showed understanding for his actions…

Quite astonishing that a father trying to do his best by his son, his wife and his boss – the most important person in the country – was subjected to that hideous inquisition. That Dominic kept his cool is to his enormous credit. He’s a good man. #dominiccummings

Whoever thess 20 conservative MP’s are who called for #DominicCummings resignation should all be ashamed of themselves after listening to this. Also, the way he has been hounded in his own home as a result of it.

What did you think of his statement? Share your thoughts with us on our Facebook page @EntertainmentDailyFix.