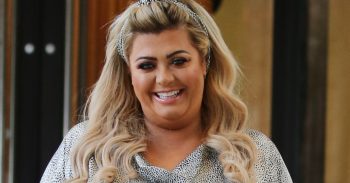 She reportedly unfollowed all the cast on social media

The Dancing On Ice cast were reportedly confused when Gemma Collins unfollowed them all on social media before Sunday’s final.

It was said Gemma unfollowed her co-stars and the show’s judges with a source claiming there was “nothing personal” behind her decision.

However, producers apparently chose not to ask Gemma why she ‘snubbed’ the cast in case she pulled out of final.

An insider has told The Sun: “Production staff were asking if anyone had done anything to upset her. They were in a panic wondering if she would arrive on set as she wasn’t due in till later.

“When she did arrive no one asked her about why she had unfollowed them. They didn’t want her to pull out of the finals.”

Another source previously said Gemma’s decision to unfollow her co-stars was “nothing personal”, she just wanted to “unclog her feed”.

They said: “Gemma wanted to unclog her feed. It’s nothing personal. She wishes everyone at Dancing On Ice well, and even sent out a message of support to them this morning.”

Ent Daily has contacted reps for Gemma and Dancing On Ice for comment on this story.

Gemma made her highly-anticipated return to the show on Sunday night for a group performance alongside her fellow contestants who were eliminated during the series.

But not everyone was impressed with her comeback.

As she skated out onto the ice with pro partner Matt Evers to Beyonce’s Crazy In Love, many accused the reality TV star of “not skating” as she spent the majority of her short routine on her knees.

One person said on Twitter: “Gemma didn’t even skate! All the other contestants did something but it’s like she puts no effort in?!” while another wrote: “Actually screaming at Gemma not skating at all and just rolling around on the ice. Sensational.”

However, a source told The Sun Online that Gemma was “petrified of the ice” and that her legs “went to jelly” before her part of the show.

The reality TV star reportedly rehearsed for just 20 minutes before her performance during the grand final.

Gemma revealed she initially pulled out of the final after judge Jason Gardiner likened her to a “refrigerator” – a comment he later apologised for and said was a “light-hearted joke”.

She admitted on The Jonathan Ross Show at the weekend: “I did pull out and then I thought, to everyone that has supported me, for my own self-esteem, I am not going to back down to anybody.

“I am going to walk back in on that show on Sunday night and I’m going to skate like it’s the last day of my life.”