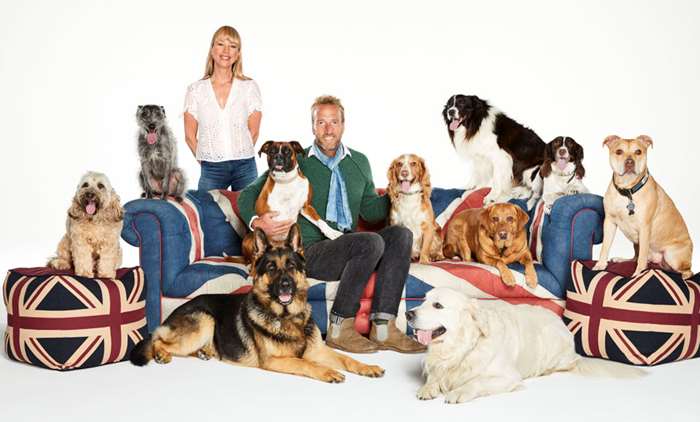 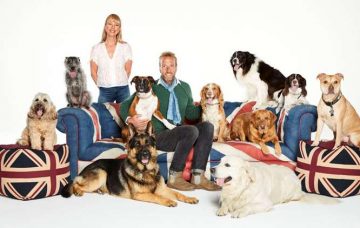 Last year's winning Labrador was overtaken by another breed...

It will come as no surprise to anyone that the UK is known as a nation of dog lovers. But, what HAS come as a big surprise, is what topped the poll as the nation’s favourite pooch.

During Tuesday night’s Britain’s Top 100 Dogs Live: 2019, Ben Fogle and Sara Cox hosted a countdown of the nation’s favourite dog breeds, with the top 10 decided by a public vote.

But fans were left divided as last year’s winner, the beloved Labrador, was overtaken in the popularity stakes by the Staffordshire Bull Terrier.

While some fans were thrilled the often-criticised dog breed was finally getting some recognition, many others called the show a “fix” and the result an “abomination”.

As the public vote was announced, with the Cockapoo and Staffordshire Bull Terrier battling it out for the top spot, emotional dog lovers rushed to Twitter to share their thoughts on the results, listed below.

Read more: This Morning fans emotional over ‘world’s cutest dog’ who passed away from ‘broken heart’

With Staffordshire Bull Terriers sometimes labelled a dangerous pet, many fans of the breed were chuffed to hear it announced as the winner.

One fan tweeted: “So pleased to see that Staffies were finally given the recognition they TOTALLY deserve, by winning the #top100dogs list. It has given me the weight to trump my husband in picking our rescue breed (and to think he wanted a Shiba).”

Another added: “I think it’s great that the Staff gets some positive recognition.”

So happy that Staffies made the Number 1 spot on #Top100Dogs – finally recognised for the incredible breed they are! Our two seemed less enthusiastic.. 😂🎉🐶 @sarajcox pic.twitter.com/KEwKGv315T

Others, however, disagreed with the public vote, with one slamming the result as a “fix”.

They tweeted: “Staffie at No1 is a fix. They’ve done that to promote the dog as there are literally 1000s in rescue… They are a nice dog when brought up in a nice decent family. Sadly they’re a status symbol for chavs who do not train them properly. #Top100Dogs.”

Another said: “A Staffie voted #numberone in #top100dogs !?! Terrible temperament putting my dog in for an operation after ripping his ear in half… Who votes on this?”

A third added: “I don’t care what anyone says, Staffies are ugly. Golden Retrievers, Cockapoos and Labradors are much nicer breeds. Sad that a breed often used as a status dog won. Who the eff is voting for these things?”

He loves labs…. Staffie at No1 is a fix . They’ve done that to promote the dog as there are literally 1000s in rescue… they are a nice dog when brought up in a nice decent family. Sadly they’re a status symbol for chavs who do not train them properly. #Top100Dogs

Husky in 57th is an abomination. German Shepherd in 8th I’ll accept though, even if they should be number 1 without dispute. #Top100Dogs

A staffie voted #numberone in #top100dogs !?! Terrible temperament putting my dog in for an operation after ripping his ear in half… who votes on this?

The live show, compiled from a survey of 10,000 dog owners, was a celebration of the UK’s love for man’s best friend, and included the heart-warming tale of a Springer Spaniel who helped his owner overcome depression, and the Setters that regularly donate blood to help others.

Do you agree that Staffordshire Bull Terriers are the nations’ top dog? Leave us a comment on our Facebook page @EntertainmentDailyFix and let us know what you think!