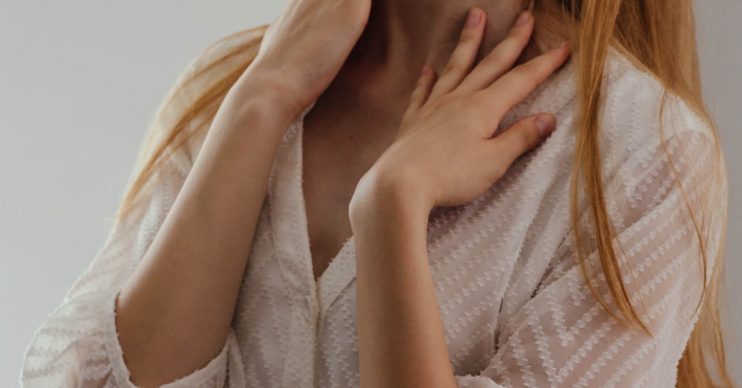 Can cause severe health conditions

By Paul Hirons
16 Jan 2020, 11:17
Doctors warn women not to put tobacco in their vaginas to increase sexual pleasure

Doctors have warned women NOT to put a tobacco-style product inside their vaginas.

It has been claimed that the substance can boost sex drives.

But medical professionals have debunked the new trend and said that it can cause severe health conditions.

Doctors have told those wanting to use the product ‘vaginal tobacco’ that it could cause serious medical conditions like cancer, stillbirth and problems with the menstrual cycle

Women are using the tobacco-style substance in the belief that it ‘shrinks their genitals’, can ‘increase sexual pleasure’ and ‘raises the odds of getting pregnant’.

The practice is popular in African country Senegal, where sachets of the ‘miracle’ product is sold in sachets for just 13p.

The tobacco is made from the roots of the ‘tangora’ tree or native plants such as ‘kankouran mano’ or ‘koundinding’, and is sold under code names like Jumbo or Secret.

The Sun quotes two doctors, with one saying: “This feeling is transient and misleading because the vaginal mucosa that is attacked will eventually develop changes that are the gateway to cancer.”

These products often create ulcers which, by scarring, shrink the vagina, make it hard and can go so far as to close it completely.

Another said: “These products often create ulcers which, by scarring, shrink the vagina, make it hard and can go so far as to close it completely.

“It can even make the normal flow of menstruation impossible.”

Female users have reported burning sensations after application, sometimes followed by vomiting and even loss of consciousness in severe reactions.

It’s not just tobacco women have been warned against putting products inside their vaginas.

Last summer, doctors recommended that women did not put ice lollies inside their most intimate areas during the heatwave.

“There are many things that should never go near a vagina and ice lollies are up there,” a doctor was quoted as saying in Metro.