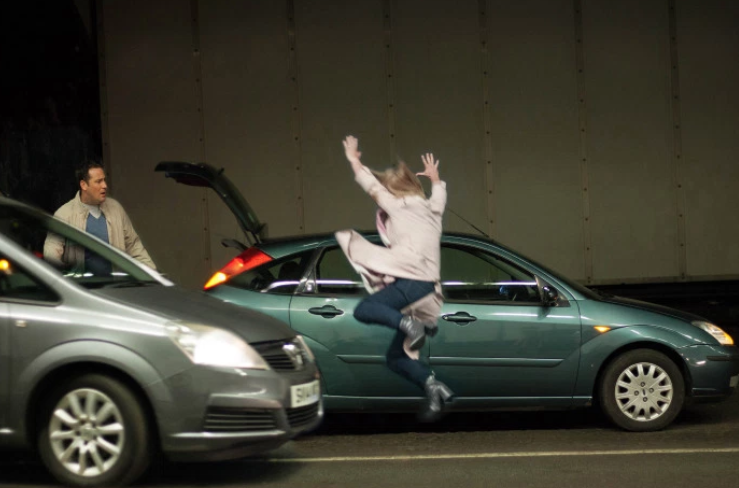 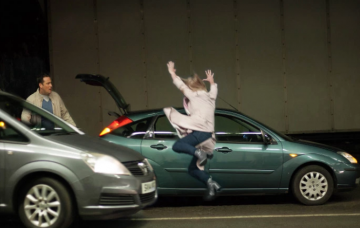 Never let it be said that the gang over at Hollyoaks don’t know how to do a stunt.

We’re still reeling from everything that happened when the school exploded last year, but now this car crash will change even more lives.

Two families are caught up in the drama – Tony Hutchinson and his wife, Diane, were heading to Liverpool to stay with her sister when she discovered Tony’s fugitive son, Harry hidden in the boot of the car.

Harry is currently wanted in connection with murdering Amy Barnes – although we all know it was her new husband, Ryan Knight, who killed her.

Tony wants to help his son escape, but Diane was determined to call the police and they stopped the car to have an almighty row in a Liverpool tunnel

Meanwhile the Maalik family were also driving through the tunnel after a day out.

There was major tension between Sami and Kim Butterfield who still doesn’t know what to do with the recording of Ellie Nightingale’s confession she found on him.

Then all hell kicks off as the Maalik car hit something and Misbah lost control of the vehicle.

The family had to fight to get out of the carnage but, as a lorry hurtled towards the scene, Misbah was faced with an impossible choice – she only had time to save one of her two children trapped in the car.

Misbah made a snap decision before the car was obliterated – will she be able to live with her choice?

Several lives are now hanging in the balance. Is the village about to be struck be tragedy again?

And who’s made it out alive.