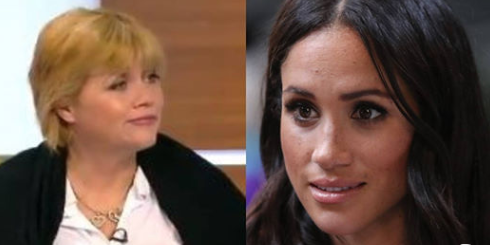 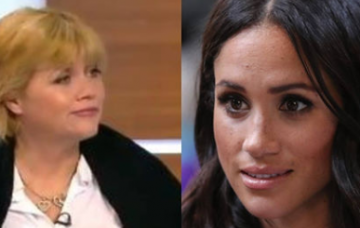 She has already hit back at the claims

The half-sister of Meghan, Duchess of Sussex, has been placed on a list of ‘fixated persons’ over the risk she poses to humiliating the royal family, according to reports.

It has been claimed that pregnant Meghan’s protection officers briefed Scotland Yard detectives over the the harm that Samantha, who has a fondness for washing her family’s dirty linen in the media, could pose.

Scotland Yard’s Fixated Threat Assessment Centre (FTAC) is a police unit which works with the NHS to identify risks posed by ‘lone individuals’ who stalk or harass public figures.

Its website states that FATC ‘helps such people get the care they need and, by doing so, decreases any risk they might pose, not just to prominent people, but to the individuals’ families and to those around them’.

A Scotland Yard source told The Sunday Times: “Someone like Samantha presents a risk rather than a threat.

“She is not committing criminal offences, but she is causing concerns for the royal family.

“There is big potential for some major embarrassment for the royals. Samantha could make a scene and create headlines with her actions.

“And let’s face it she’s kind of already done that.”

A source told The Sunday Times that FTAC  would have been informed by the Duchess about Samantha’s ‘pattern of unwanted and persistent behaviour’.

Samantha has already hit back at the reports on Twitter – course she has – saying: “This is ridiculous as I’m in an electric wheelchair.

“And I live on a different continent LOL and advocating for doing the right thing by our dad is hardly fixation.”

Meanwhile it has been noted that Meghan features quite heavily in the Queen’s 2018 round-up video, including a cute image of them giggling together, while Kate, Duchess of Cambridge, only features once.

There are also claims that Meghan has told Prince Harry to give up booze for 2019.

As a first-time father, that might be the best idea!