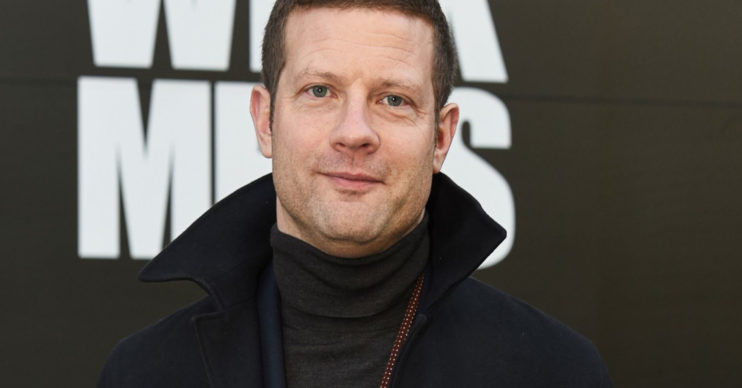 Dermot is expecting his first child with wife Dee Koppang

TV’s Dermot O’Leary has revealed when his unborn baby is expected to be born.

The presenter announced in February that he’s expecting his first child with his wife Dee Koppang.

Dermot has now said their baby is due at the end of June, early July.

What did Dermot say?

Dermot stood in for Zoe Ball on her Radio Two Breakfast Show on Friday morning (April 24).

He discussed baby names as he interviewed Guy Garvey from Elbow.

Dermot also joked about how he’s keeping his wife happy during her pregnancy.

He said: “I let my wife have a bigger portion of fish than me last night.

“Even though she’s carrying my unborn child let me tell you that really stuck with me. It was hake!”

Dermot announced his baby news back in February.

He wrote: “We’re pleased to announce that we’re expecting a little Koppang O’Leary.”

Dermot recently teared up over a tribute to NHS maternity wards during the coronavirus pandemic.

The dad-to-be watched the footage during One World: Together At Home concert, which raised money to support those working on the frontline.

The footage showed newborn babies and relatives meeting them for the first time.

What did Dermot say?

The camera cut back to Dermot and co-host Claudia Winkleman and he was overwhelmed.

Claudia said: “Huge thanks to Ellie Goulding as well… are you alright?”

Read more: BBC responds to criticism over presenters being in studio to host One World: Together At Home concert

“That was lovely. A big [gestures a hug] to all our staff in our maternity wards up and down the country.”