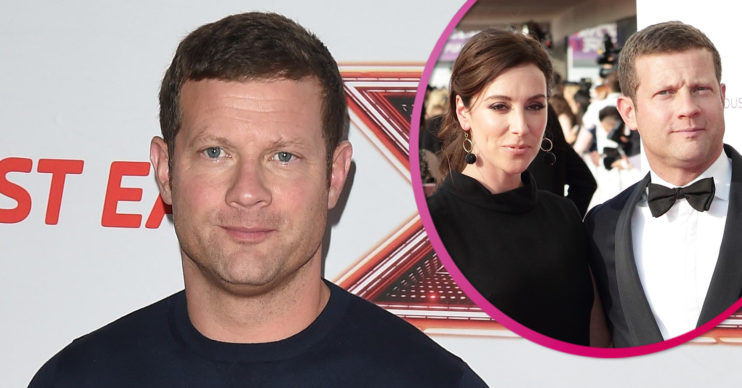 Dermot became a dad in June

Dermot O’Leary has revealed his cats sweetly keep watch over his baby son.

The BBC Radio 2 DJ and his wife Dee Koppang welcomed son Kasper into the world in June.

From the moment they brought the youngster back to their London home, their feline friends Toto and Socks have been by his side.

Read more: I’m A Celebrity… Get Me Out Of Here! will be ‘horrific’ this year after location change, warns Dermot O’Leary

What did Dermot O’Leary say about his son?

Speaking to the new issue of Red magazine, Dermot said: “When we brought the moses basket home, the cats refused to leave it.

“They were just staring at me like, ‘Yep, so this is mine now.'”

When we brought the moses basket home, the cats refused to leave it.

Dermot and producer Dee met when they worked together 18 years ago and married in 2012.

Although their relationship was platonic and professional at first, The X Factor host knew there was “something” more between them.

Meanwhile, the couple announced the birth of their first child in June.

Dermot captioned a photo of a babygrow: “Welcome to the world baby Koppang O’Leary… We’re delighted to announce that we’ve had a baby!

“Enjoying the cuddles in the newborn bubble… cats yet to be 100% convinced. Lots of love, Dermot & Dee x @deekoppangoleary.”

Dermot then announced his son’s name during his radio show.

He also revealed the special song Kasper was born to.

Dermot said: “My lovely son came into the world 10 days ago accompanied by Guy Garvey’s Elbow.

“So forgive this moment of brief self-indulge while we play the song that accompanied that.

“So this is for you Kasper with a K – my wife is very insistent on that! Kasper Koppang O’Leary welcome to the world.”