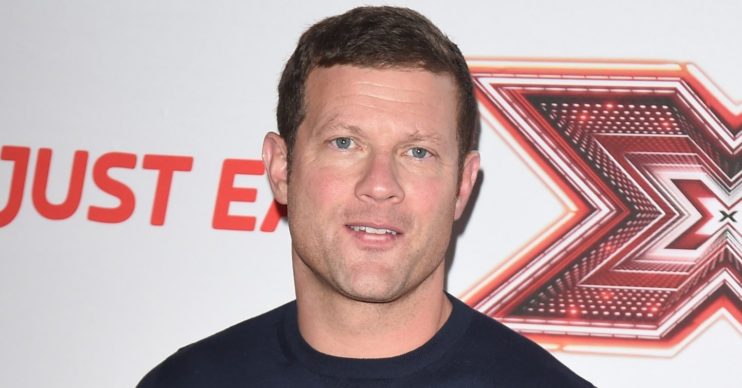 The X Factor star has shown off his 'lockdown locks'

Dermot, 47, showed off his latest ‘do online and his newfound curls are definitely a hit.

The handsome star has been met with a heap of praise from followers for his lockdown locks.

One gushed: “Loving those curls poppet!”

Another teased: “Wonder when your hair starts to become worthy of a man bun #never.”

A third commented: “Loving it.”

Dermot took the snap while at the BBC Radio 2 studios.

He hosts the station’s weekend Breakfast Show and couldn’t help but get down to his tunes.

In fact, his dance moves appear to be even more of a hit than his curly hair!

Dermot shared clip of himself throwing some shapes to Joe Esposito’s track You’re The Best.

The song featured in the iconic 1995 movie The Karate Kid.

After sharing it online, one fan wrote: “Dermot’s dancing face is my favourite thing of all time.”

Another said: “Those moves.”

A third even penned: “Such a good song & your Karate Kid moves were impeccable!”

Dermot’s dancing face is my favourite thing of all time.

The programme, which airs on E4, has been made to celebrate the show’s 20th anniversary.

Bosses have carefully selected some of the best episodes of all time.

As Dermot presented the original spin-off show, Big Brother’s Little Brother, he couldn’t miss out on the fun.

The series, which continues next week, is hosted by Davina McCall and Rylan Clark-Neal.

Both Davina and Rylan filmed it from their own homes, due to the lockdown restrictions, so Dermot called in several times for a chat.

The first four shows were definitely a hit with fans and even left some wondering if it is set to return.

Public opinion has also changed over the years, with viewers doing a U-turn on the Nasty Nick scandal.

Nick Bateman appeared on the first series of Big Brother in 2000 and was caught writing names on pieces of paper.

He had then shown individual housemates them in hope of influencing their nominations.

However, the incident backfired.

He ended up being branded ‘the most hated man in Britain’.

This week, however, viewers watched it back and many were left “feeling sorry” for poor Nick.

One tweeted: “I remember seeing that episode of @bbuk from the first series, when Nick was confronted by the other housemates.

“Watching it back, if you didn’t know the context of the confrontation, you’d think he’d punched a child or something.”

What do you think of Dermot’s hair? Tell us on our Facebook page @EntertainmentDailyFix.