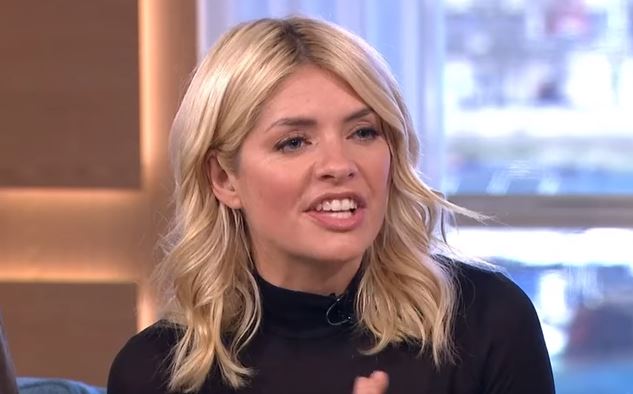 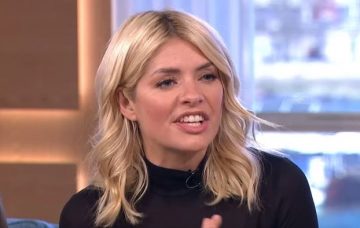 But can she beat Ant & Dec?

Dermot O’Leary has revealed he couldn’t be happier for Holly Willoughby getting a solo nomination at the National Television Awards.

The telly favourite has been recognised in this year’s Best Presenter category, where she will compete against BFF Phillip Schofield, Bradley Walsh and Ant & Dec.

And Dermot, who is hosting the NTAs, thinks it’s about time!

Speaking to TV Times, the presenter said: “I’m really glad that Holly’s been nominated. I don’t think she gets the credit she deserves.”

Holly, 36, co-hosts This Morning and Dancing On Ice with Phillip, and also appears as a team captain on Celebrity Juice.

She’s previously fronted shows including Play By The Whistle, Surprise, Surprise, The Voice and the festive special, Text Santa.

However, Dermot doesn’t reckon this year will be Holly’s… which isn’t that surprising, given Ant & Dec have won the gong for the last 16 years in a row!

He said: “It would be easier for Holly and Phil to win if they were up for it together, rather than separately, but I don’t think anyone will beat Ant & Dec!”

Holly, meanwhile, is equally dismissive of her chances of winning.

After the nominations were announced, she joked on This Morning that the Best Presenter award should just be renamed the Ant & Dec Award as nobody else has a chance of winning it!

She said: “It’s just nice to be nominated!”

It wasn’t all doom and gloom, though, as Phillip joked on This Morning: “So, regardless, hashtag tequila!”

Does that mean we’ll have another Holly and Phil drunk / hungover in their night before clothes the morning after the awards?

In a separate chat with Star magazine, the X Factor host says he’s always sober after hosting the show, while all his celeb pals are merry!

And when he’s ready to party, everyone else is off home… except two!

“If I’m going to hang with anyone this year it will be Phil and Holly because they don’t seem to stop!” he joked.

Just this week This Morning co-star Alison Hammond branded the telly couple “hardcore” when chatting about their love of a good night out.

In a chat with Closer magazine, showbiz correspondent Alison said:  “Nights out with them are brilliant – they love their drink!

“We’ve been on nights out where I’ve taken myself to bed at 2am, then found out the next day that Holly hasn’t even been to sleep!

“After the NTAs they usually end up at Ant or Dec’s house playing the custard pie game.”

Read more: This Morning star reveals first pregnancy at the age of 46

There’s a good chance Holly and Phil will bring home an award, though, even if it’s not a presenter gong -This Morning has been nominated (as per usual) in the Best Daytime category, against The Chase, Loose Women and The Jeremy Kyle Show.