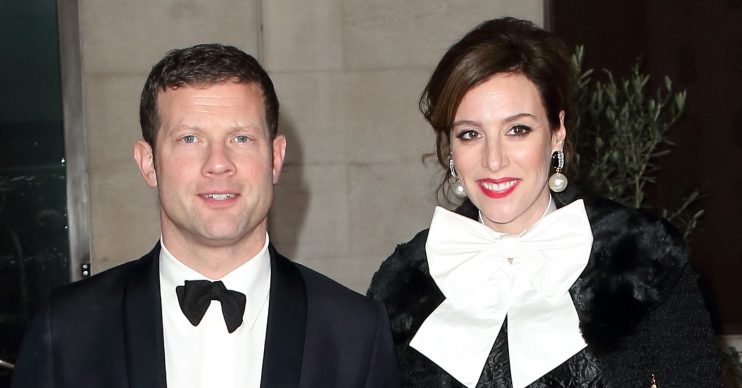 The baby bump might have been hidden from view, but the happiness was clear to see.

The couple posed on the red carpet for the first time since they announced their baby news.

At the weekend, Dermot looked dapper in a suit while Dee sported a short black dress featuring a white collar as they posed on the red carpet at the BAFTA Nominees Party on Saturday night.

The couple also posed on a red carpet at the official BAFTAs afterparty on Sunday night, where Dee wore a stunning floor-length black gown which also featured a white collar.

Dermot has been with Dee for seven years.

He has previously spoken about wanting to be a father, but said he wanted to wait for the right moment.

Back in 2015, he told The Sun’s Fabulous magazine: “I definitely want kids, but I’ve got a very busy wife with a very busy life. It’s not fair for me to say, ‘I want kids now’.”

Dee has her own successful career as a director and producer. She counts The Crown among her TV achievements.

The pair went public with their baby news on Instagram this weekend, with both making identical posts.

A sixties-style shift dress concealed Dee’s bump as they stood on the red carpet at Kensington Palace, but the couple were in good spirits.

Dermot later posted on Instagram that the BAFTAs is “one of my favourite nights of the year”.

One of my favourite nights of the year. Thanks as always @bafta and Celtic sister @edibow

On the seventh anniversary with Dee last September, Dermot posted a gushing message.

“Seven years married to this superhero. Never a second wasted in her company.

“Like the boss says, ‘We love the company of those who reflect the best of us’.

“Happy to reside in the shadow of your eclipse @deekoppangoleary…” he wrote.

Seven years married to this superhero. Never a second wasted in her company. Like the boss says ‘We love the company of those who reflect the best of us’ Happy to reside in the shadow of your eclipse @deekoppangoleary …and she never spilt a drop of that espresso martini…

We have no doubt they’ll make great parents.

What do you think of this story? Go to our Facebook page @EntertainmentDailyfix and leave your comments.