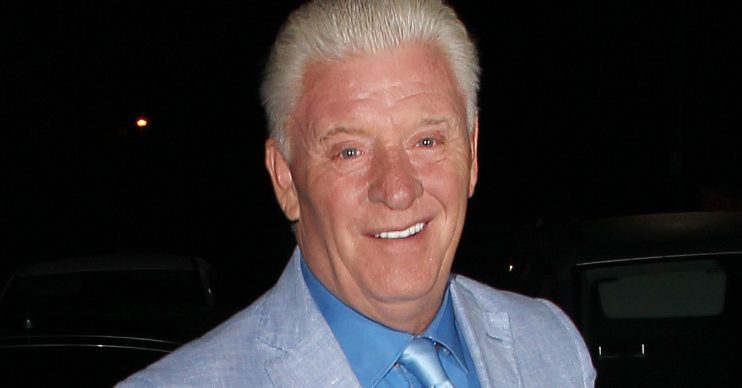 TV medium was in intensive care

The celebrity medium died this weekend aged 69, with Gwen breaking the news on Facebook.

She’s since revealed that her husband of 24 years died of pneumonia after developing sepsis.

Gwen told The Sun: “He was taken really quickly. It was pneumonia which got him in the end.

“He developed sepsis and was in intensive care.”

He was taken really quickly. It was pneumonia which got him in the end.

She then spoke about the effect that her husband’s death had on her, admitting: “I’m heartbroken to have lost him. It’s devastating that he’s gone.”

She wrote: “Farewell my love! I will miss you forever! I’m devastated to announce that my beloved husband Derek has passed away after a very brief illness.

Since Derek’s death, tributes have been pouring in from all four corners of the globe.

There was even one from Derek’s former Most Haunted co-star Yvette Fielding, with whom he famously fell out in 2005.

Derek left the show after being accused of ‘faking’ a spiritual possession.

Afterwards, Yvette told Metro in 2006: “We tell people everything is real, then it turns out he was a fake, so he had to go.”

Derek responded by telling the Sunday Mercury: “She decided when I left the show that she didn’t want to talk to me any more. There was no need for it and it was very sad.”

Following his death, Yvette tweeted: “Our condolences go out to Derek’s family at this difficult time x.”