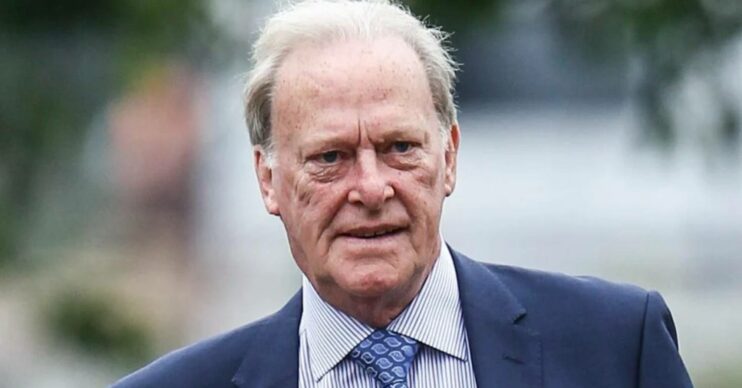 The second wife of Dennis Waterman paid tribute to the late TV star as she revealed his cause of death.

They had two daughters together, Hannah and Julia, before the couple divorced 10 years later.

It was confirmed earlier this week that Dennis, 74, passed away at his home in Spain on Sunday afternoon.

His fourth wife Pam Flint – the couple married in 2011 – was reportedly with him when the actor died.

Dennis previously joked after New Tricks ended in 2015 that he’d taken to early retirement “like a duck to water”.

He added at the time: “We’re spending a lot of time in Spain so we’re lolling in the sun, having a splash when it gets too hot and then going and having a game of golf.”

Dennis Waterman: Cause of death revealed

According to Patricia, Dennis passed away “peacefully” following a battle with lung cancer.

She told MailOnline: “I’m terribly sad that he’s gone but I’m really pleased that he did not suffer and died peacefully.

“He had lung cancer and was really quite poorly for the last couple of years. The girls are very upset.”

Dennis was really quite poorly for the last couple of years.

Patricia added they years Dennis and she had spent together were happy, even though their marriage didn’t work out.

She continued: “But I’m so glad he had found the right woman at the end. I think he was very happy with Pam and she was with him when he passed.”

Hannah Waterman, Patricia and Dennis’ daughter, paid an emotional tribute to her dad on Instagram on Monday.

Former EastEnders star Hannah shared a black and white image of Dennis holding her as a baby.

She captioned the image: “Me and my Dad! Gosh how I loved him. X”