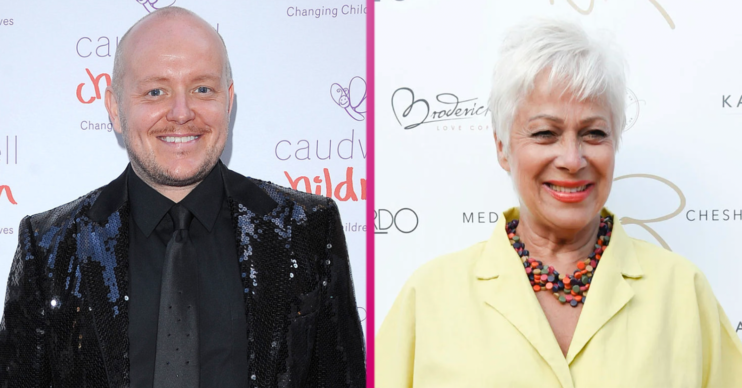 They were 'getting their sexy on'

TV star Denise Welch has marked her seventh wedding anniversary to husband Lincoln Townley with a cringe throwback video of them attempting the Rhumba.

The 62-year-old took to Twitter to share a clip from ITV show Stepping Out, telling followers her partner would be “mortified”.

The couple appeared on the dance series in 2013, where they performed the sexy routine during the second episode.

Alongside a series of shocked face emojis, Denise wrote: “If you can’t totally mortify your husband on your anniversary then when can you? I give you…….,our rhumba.”

One said: “I have never seen this until now, it’s absolutely fantastic. Happy anniversary to you both.”

Another added: “You look like you’re about to burst out laughing. Happy anniversary x.”

Denise and Lincoln took part in the show soon after tying the knot.

She told What’s on TV at the time: “We thought it would be so much fun to do together after we’d just got married and would be the perfect way to spend time together.

“I have a lovely new husband and my motto at the moment is ‘never too late’. We have had the most wonderful wedding and now we are doing this. It’s going to be really great.”

The pair also performed a disco routine on the show, and later lost out to Carl Froch and his girlfriend Rachel Cordingley.

She shared a photo of the two together on their wedding day, where Denise looked stunning in a muted yellow gown.

The Loose Women star wrote: “Happy 7th anniversary to my wonderful husband @LincolnTownley whose love turned my life around.”

Denise also posted a snap of her bridesmaids from the day.

Happy 7th anniversary to my wonderful husband @LincolnTownley whose love turned my life around ❤️❤️ pic.twitter.com/RbE3ZL9mbc

The actress has been married to third husband Lincoln, 47, since 2013.

She was previously married to Tim Healy, with whom she shares two sons, Louis, 19 and 30 year-old Matt, for 23 years.

Denise credits Lincoln for helping her quit booze and says he saved her from her demons.

Their wedding anniversary comes weeks after Denise opened up on her 31-year battle with depression on Loose Women.

Denise said: “Obviously I have no medical knowledge, I’m in no position to tell anyone how to survive it, but if anyone can gain solace from my experience…

“It started when I gave birth to Matty 31 years ago. Prior to that I’d had no episode of depression.

“I didn’t know the true meaning of depression until I had very severe post-natal depression.”

The former Coronation Street star added: “I would have given anything to have turned on my TV, to see someone I recognised talking about an illness they lived with, how they enjoyed the bits in between.”