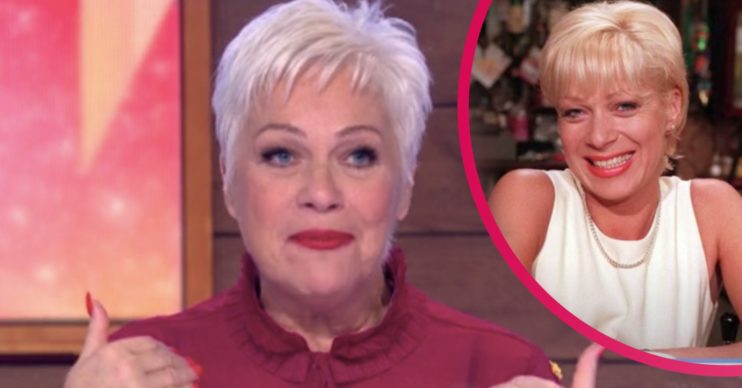 But it was only because she loved the soap so very much!

She joined Coronation Street as temptress Natalie Barnes and remained on the soap opera up to 2000.

But she says that as both her and her mum are Corrie superfans, going on the soap was rather surreal for the both of them.

Speaking on Loose Women, Denise explained: “Everybody wanted to be in it.

“So when I knew I was going in I remember phoning my parents.

“When I walked into the greenroom – even though I was in my late 30s – I was such a superfan Corrie was in my DNA.

What did Denise say about her time on Corrie?

“I was terrified to call Jack and Vera the wrong names. Just in awe of actually being in it.

Read more: Beverley Callard ‘may not return to Corrie as lucrative offers swarm in’

“And my mum, who as I say Corrie was in her DNA, although she was so proud of me going in she said ‘Well I mean in a way it has ruined it for me when your own daughter walks in to The Rovers Return.'”

She went on to describe her epic scenes of fighting with Sally Webster.

Her character Natalie had an affair with Sally’s then husband Kevin Webster.

When Sally discovered their tryst, a cat fight ensued.

Denise joked how Sally, played by Sally Dynevor, was anxious to slap her in the scenes.

She said: “Eventually the director just shouted at her ‘Sally hit her!’ and she did! I had a massive big thing on my face afterwards.”

She says she was surprised her character continued on the soap for a number of years.

But speculated that maybe Corrie audiences just love to have a hate figure.

Will Denise ever return to Coronation Street?

Denise continued: “When Natalie came in and was going to break up Kevin and Sally, I honestly thought there could be no shelf-life for that character beyond three months because obviously they were going to get back together and Natalie would be a name that would be banded about for years.”

Although she hasn’t been on the ITV soap for some twenty years, her return has been rumoured several times.

Just this summer Denise hinted that she could reprise her role.

Speaking on to The Mirror, she joked that Natalie may still have unfinished financial business with Kevin.

She said: “I still think Natalie owns half that garage, just saying…”