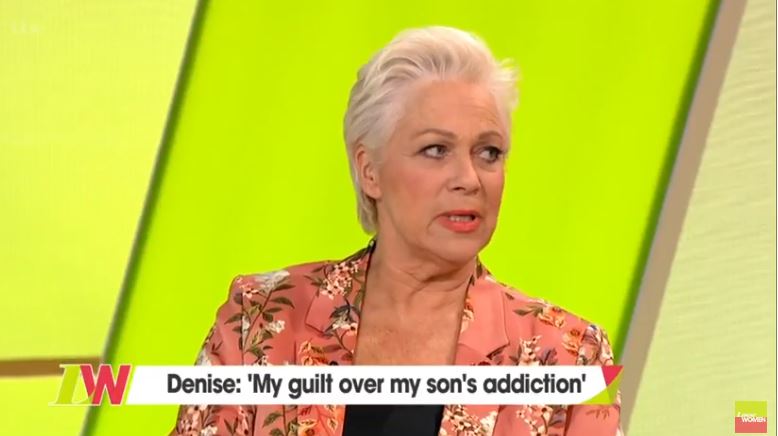 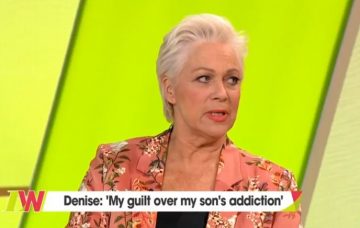 Denise Welch has said she was “extremely proud” when son Matt Healy confided in her about his heroin addiction.

The 60-year-old actress was visiting her son – the eldest of her two children with first husband Tim Healy – while his band The 1975 were touring in America last year, and said she felt “touched” when he told her about his struggles and plans to go into rehab.

Speaking in an emotional segment on Monday’s Loose Women, she said: “Last year he realised he was in trouble and I wasn’t seeing a great deal of him because he is on a world tour all the time.

“So although success for The 1975 has been wonderful, it’s been hard for me because I felt I’ve lost my son to this other world. It’s been difficult and it’s not like I’ve been witnessing the effect this has had on him, but obviously the people very close to him did.

“I went to Los Angeles to visit him and he told me last year he was going to take himself to rehab and he needed help with opiate addiction.

“It was hard but I was thrilled and touched he told me, I was extremely proud he told me. The reason I’m talking about it today is that Matty has decided to publicly speak about this. He is a brilliant songwriter and he will be writing about this battle with drugs.”

The 29-year-old rocker has publicly apologised to his mother for his addiction and told the Loose Women star not to blame herself.

Denise admitted she has “shame and guilt” about some parts of Matty’s childhood, which was very different to the one her other son, 17-year-old Louis, has had with her and her second husband Lincoln Townley.

She said: “Because I’ve had issues over the years, even though I didn’t talk about them much, my life was spiralling out of control. Louis has pretty much grown up in a sober household but I do have shame and guilt with regards to some of the things Matt had to see.

“I wasn’t staggering round the house with a vodka bottle, but if I could redo parts of his childhood, I would do that. So to hear he’s had issues with drugs has been very difficult for me. As a mum, you always look to yourself to see if there is anything different you could have done.

“The fact Matt has said publicly, not just to me but other people out there whose children have maybe got into problems, you don’t always have to blame yourself.”

Thank you @RealDeniseWelch for talking so openly about your son Matt's drug addiction and decision to go to rehab – 'I'm very proud he decided to tell his truth'
If you want to talk to anyone, we have addiction helplines available here >> https://t.co/hP4wIpv6iE pic.twitter.com/vXPQ60sT30

Denise added: “I have a tendency to feel a lot of guilt. If his upbringing hadn’t been a little rock and roll, he wouldn’t be in The 1975.

“If he’d been the product of a life with Lincoln and I, the band would never have existed because were in bed with a crumpet and the TV by half 9.

“I’m not making light of it. It’s a very serious subject and I’m delighted he’s decided to tell his truth. He’s a great guy.”

The former Coronation Street star is now looking forward to being reunited with her “wonderful” son later this week.

She said: “I’m incredibly proud, he’s completely clean now, his third album is coming out, he’s a wonderful young man, wonderful son and wonderful brother and he’s coming back from LA this week and I can’t wait to see him.”

Denise spoke out on Loose Women after Matty gave an interview to Q Magazine about his struggles with drugs and how it had impacted on friends, family and his creativity.

He said in the interview: “I just want to apologise to my mum. You can’t be a parent and have that kind of thing out there and not think, ‘Well, why didn’t I…’ You think it’s your fault, d’you know what I mean? When it’s completely not.”

Share your thoughts on this story on our Facebook page @EntertainmentDailyFix and let us know what you think.