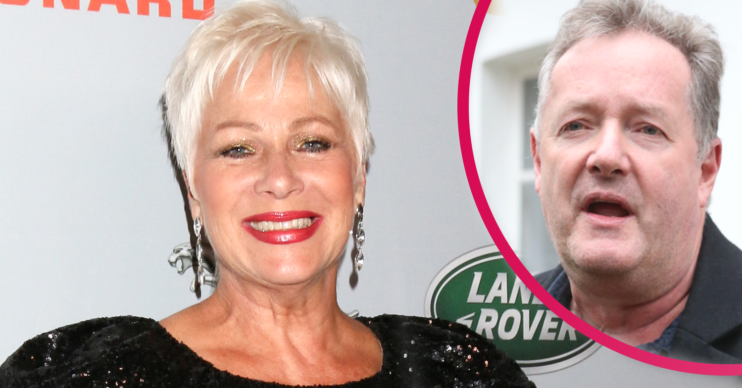 She didn't hold back in her views

Denise Welch has accused Piers Morgan of “disgraceful bullying” after the former GMB host wrote a column about the Naomi Osaka controversy.

The 63-year-old Loose Women star took to Instagram to lambast the presenter.

Why did Denise Welch accuse Piers Morgan of being a ‘bully’?

Denise shared an image of Piers Morgan with Serena Williams, where he said sarcastically: “Yes trolls, I have a real problem with female black tennis stars…”

Piers, 53, came under fire when he wrote a column in the Daily Mail at the weekend, railing against Japanese star Naomi Osaka.

Naomi cited mental health problems after she pulled out of the French Open tennis tournament.

This shock move came after the world number one refused to speak with the media in press conferences.

His forthright views once again came in for heavy criticism.

Some of the criticism came from Denise, who said on Instagram: “Pathetic attempt to deflect from the HUGE amount of deserved criticism levelled at him after his utterly disgraceful bullying of Naomi Osaka.

“Most of this comes not from trolls but from intelligent people sickened by his ongoing attitude towards women speaking out about serious mental health issues.”

In another post, Denise wrote: “Piers also proves why so many people suffer in silence because of fear of being called ‘an arrogant narcissistic spoiled brat’.

He wrote: “Tut tut. This isn’t very #BeKind is it… Nor is it good for my mental health to be abused like this.

“I hope Denise reflects on her foul-mouthed tirade and works harder on her anger management. I wish her well.”

What did Naomi say in her statement?

On Sunday (May 30), Ms Osaka pulled out of the French Open after her refusal to speak to the media after matches in press conferences caused a storm.

She said in a statement: “This isn’t a situation I ever imagined or intended when I posted a few days ago.

“I think now the best thing for the tournament, the other players and my wellbeing is that I withdraw so that everyone can get back to focusing on the tennis going on in Paris.

“The truth is I have suffered long bouts of depression since the US Open in 2018 and I have had a really hard time coping with that.

“I’m going to take some time away from the court now, but when the time is right I really want to work with the Tour to discuss ways we can make things better for the players, press and fans.”